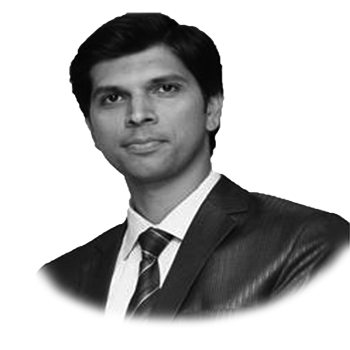 Will Naya Pakistan give more space to Entrepreneurship

Pakistan has seen a major influx of unemployment at the rate of 6.2% in last decade.The younger population is of greater size than an aging population and that makes the previous governments obligated to spend large chunk of social investment on education. Reluctantly, the governments also struggled to cater the need of providing jobs to those young‘graduates with degrees’.

PTI claims to have triumphed to government through young voter of Pakistan who voted for the party in general elections. PTI’s promise before the elections to create10 million jobs sounds like a rhetoric in current circumstances of crumbling economy. At this fragile time when government seems to be flunked to create millions of jobs in public sector, there is a window of opportunity in the form of emerging entrepreneurial culture in Pakistan.

Asad Umar, an astute on economics, deeply understands the significance of entrepreneurship. He has brought to the fore the decision to approach Paypal and bring it to Pakistan.Due to internet scams and tough State Bank regulations, Paypal didn’t offer services in Pakistan. If Paypal service reaches Pakistan, it will open opportunities for freelancers and internet entrepreneurs.

One important factor that can drive entrepreneurial activities in right direction in Pakistan is the presence of huge glut of youth studying in universities. According to the National Human Development Report launched by UNDP, 64% of the total population of Pakistan falls under the age bracket of 30 years. Due to low salaries on jobs and long working hours, youth is no longer totally inclined to conventional private sector jobs. This triggers quest for innovative ideas and entrepreneurship.

A careful assessment affirms more than 800 startups are currently running in Pakistan. PTI government can ensure maximum job creation if it stimulate entrepreneurial activity in private sector that escalate the jammed economic cycle.There are bleak chances of creating millions of job in public sector. So, private sector to be strengthened and proper facilities to the entrepreneurs to be rendered.

There should be a government policy for national and local industries to support and collaborate with startups. It also galvanize venture capitalists that provide funding to early stage and emerging projects that have potential to grow exponentially higher. USA has world’s most mature venture-capitalists industry that receives thousands of plausible business plans every year, end up with hundreds of investments.

Moreover, a very small number of our women (22.7%) contribute to Pakistan’s labor force as compared to men (84%). Pakistani women should be encouraged towards entrepreneurship as they constitute 49% of our total population. With small businesses, skill based startups and freelancing projects, women can be bread winner of their families and also substantially contribute to country’s economy. The mushroom growth in e-commerce with huge penetration of internet in the local and international businesses can attract foreign investment through import and export as Pakistan is now on the map of global tech eco-system. Entrepreneurship is certainly one major pillar that can strengthen the faltering economic progress of Pakistan. One practical idea, when it is executed, creates thousands of jobs. For instance, Careem is an implementation of an idea that has created thousands of jobs in Pakistan and Middle East.

HEC in collaboration with universities also need to devise curriculum that gives students the fundamental knowledge of entrepreneurship. A whole subject or few credit hours can be implemented in every discipline’s course. Superior University has recently installed the subject of entrepreneurship as mandatory to all the disciplines of study with an aim to equip every student with an opportunity to execute his/her creative idea during studying and after graduation as well. Rest of the universities also need to inculcate the same education structure to promote the idea and need of entrepreneurship. Because in near future, it is not the competition of knowledge. It is the competition of imagination and creativity. The future jobs will be creativity-driven, not knowledge or experience-driven. The time calls for independent thinkers.

The gravitas of PTI’s government shall be appreciated if it provides an encouraging and equal opportunity environment to entrepreneurs. The onus lies on PTI’s government to maintain law and order situation in the country to attract foreign investments for entrepreneurial activities. The rhetoric of 10 million jobs in Naya Pakistan will be mirage unless PTI introduces entrepreneurial culture with proper and equal facilities to everyone.

The writer is a lecturer and an academic researcher in Superior University Lahore. He is also a youth correspondent to Common Wealth in Pakistan. He can be reached at [email protected] 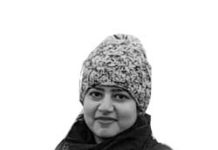 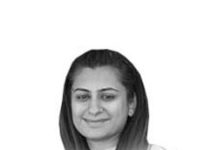