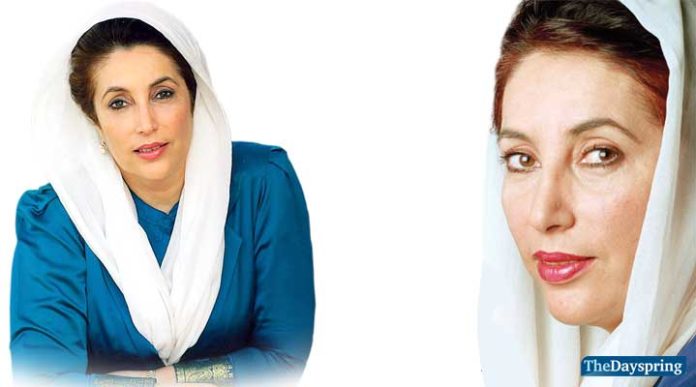 Azure I see thy love for rights no bar;

Zest radiates in thy acts as ’ve been

Raison d’tre “for people of people…”;

Thou a woman in man’s place, salute thus;

A ‘sonnet’ – meaning  “little song” – is a structured poem of 14 lines and arranged in three quatrains (stanzas of four lines), ended by a couplet (two-lined stanza), rhyming traditionally as abab. cdcd, efef, gg – each line being strictly in iambic pentameter, that is a line of ten syllables, following unstressed/stressed rhythm pattern.

Mostly concerned with love-romantic, passionate, unrequited love, the theme of my “Bhutto Sonnet” is one of (her) passion for humanity & its fundamental rights which indeed very rightly won her the UN Award for Human Rights !!!

Ms. Benazir Bhutto of Pakistan, a charismatic leader & statesman of world class, laid down her life in a gun and suicide bomb attack on 27th December 2007 for the cause of democracy, and has been posthumously awarded the most prestigious UN Prize for Human Rights.

Twice Prime Minister of Pakistan – one of the youngest at 35, and first woman PM in the Muslim world – and a champion of democracy and human rights the world over, Benazir Bhutto was assassinated in a terrorist suicide bomb attack on 27th December 2007 at a massive public rally in Rawalpindi, twin-city of Pakistan’s capital Islamabad. Benazir’s father, charismatic Zulfikar Ali Bhutto, Pakistan’s Prime Minister after secession of East Pakistan (as Bangladesh), was martyred through hanging in 1979 during the reign of Pakistan’s third military ruler Gen. Zia-ul Haq as its President.

The writer is a Rotarian and retired Ambassador, he can be reached at [email protected]

Heaven is at her feet 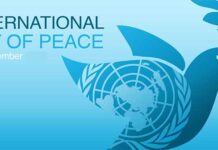 I’m a Friend – ode to friendship