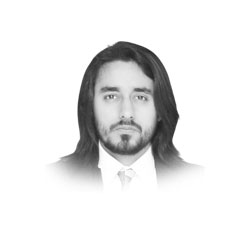 In Pakistan, getting lynched over blasphemous allegations is increasing like a wildfire and has become a trendsetter to date. From Salman Taseer’s to Mashal Khan’s case, and now a Sri-Lankan, 49-year-old Kumara over blasphemous allegation who was a general manager of a textile factory was a victim of a ghastly murder. Mob lynches victim over blasphemy charge, burns body who had been working at Rajco Industries for 10 years. The state machinery must act wisely rather than just be limited to passing a statement.

It is evident from the teachings of Islam that it is a religion of peace and has no relation with extremism and terrorism but unfortunately, we have been a part of this hampering ordeal because there are some people who are using it as a political or religious card. That is why Islamophobia is spreading like a streak especially in the west. It’s injected deeply into every person’s mind in western countries that one cannot get away with it. But the question arises who is responsible for all of this? The Islamic scholars especially the Saad Rizvi should take the bull by horns in this high time. Otherwise, the situation would get even worse in the days to come. It’s now not a new thing that such tumult occurs, and on social media, users started to blame the current ruling party for all of this. Similar incidents have also been reported prior to this regime as well. It’ll be a collective effort of all political parties, civilians, officials, human rights activists to curb this curse. Also, sectarianism is not a cause for this because on social media even the Sunni school of thought condemned this act along with the Shia scholars. Tahir Mahmood Ashrafi a religious cleric and Chairman Pakistan Ulema Council asserted that the culprits involved in the barbaric act had brought shame to Islam and Pakistan. The roots of extremism are planted in such a way that one cannot get away with extrajudicial vigilantism. The matter is beyond imposing the law on an extremist group and making the law for them as well owing to controlling them. What I’m focusing on a particular thing is to deal with this matter critically beforehand lest this happens again. The provision regarding the Death penalty for its abolition is usually raised by Human Rights activists and some seculars for saving the lives of innocent ones.

However, to some extent it’s true that abolishing the death penalty could be a bit effective and helpful for saving the victims for hanged over blasphemous charges depending upon the situation for example if she/he gets suffered from false accusations, then the situation could be totally changed and would be in the favor of an accused person because he/she is falsely accused without any damning evidence produced before a court of law. But on the other hand, it’d be more difficult and disastrous for the extremist mob itself. There’s the critical point lies in the fact that abolishing the death penalty over blasphemous charges could be or maybe not be effective for a person depending upon the circumstance of the case.

The writer is a Legal Counsel. He can be reached at [email protected]

Wreckage of war and impuissance of humanity