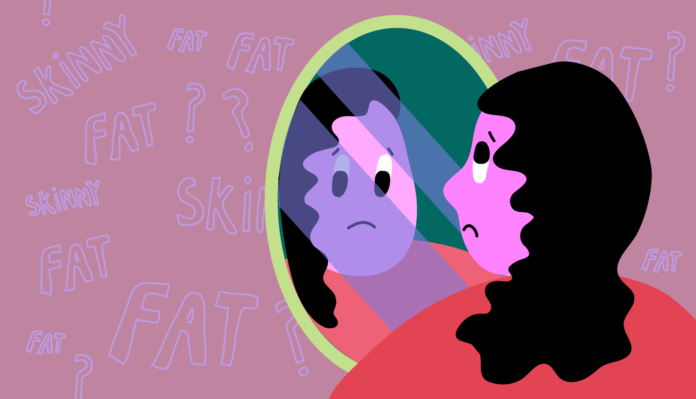 They called me FAT and that’s when I started HATING myself. Why most of us are affected and suffering from body shaming? How many times in a single day did you think of changing yourself? How many tips you can get from a magazine and morning shows about losing weight and getting beautiful and hiding your imperfections without even knowing us and our health status. This is body shaming and it is everywhere. Why are overweight people criticized and judged by their looks? Why they appear as a joke to everyone. How many times have we called people fat and ugly and we don’t even know how they felt about it. Body-shaming (criticizing yourself or others because of some aspect of physical appearance) can lead to a vicious cycle of judgment and criticism.

Body-shaming in many ways:

No matter how much we try to stop body shaming it will often leads to comparison and shame, and gives the idea that people should be judged mainly for their physical features.

This leads to the question: if it has such harsh consequences, why is body-shaming so common? Why, when we are upset, annoyed, or intimidated by someone, do we default to criticizing their appearance?  “Whatever, she’s ugly,” can be a go-to defense in these situations, particularly during adolescence and the young-adult years.  In some ways, it feels easier to shoot for something that will hurt, like targeting physical appearance, rather than expressing what is really going on emotionally.  Saying, “I’m really hurt by how my friend treated me,” or “I’m terrified of losing this friendship” opens us up and makes us more vulnerable, and therefore feels easier to bury underneath the body-shaming comments that rush to mind.

Identify who in your true friend and who won’t judge you by your looks – or even body-neutral.  Think of people who celebrate their body for what it can do, and people who refuse to comment on others’ physical appearances.  Spending time with these people can be especially helpful while you are struggling with your own internalized body-shaming, and help you view yourself – and others – more positively.

Once you’ve become more aware of your own body-shaming behaviors, you may notice how often your friends, family or co-workers do it.  Talk to them.  Discuss why it bothers you and help them see how it may also be hurtful to them.

Find something (or things!) you LIKE about your body.  We spend so much time witnessing advertisements about how to make our eyelashes millimeters longer and how to get whiter teeth that it’d be nice to counter some of that by celebrating what we do have.  Maybe, despite your body image struggles, you love a new hairstyle you discovered.  Maybe you’ve noticed how much stronger you feel with balanced eating.  Find something physical or nonphysical that makes you YOU, stop body shaming and celebrate it every day. Anam Adil