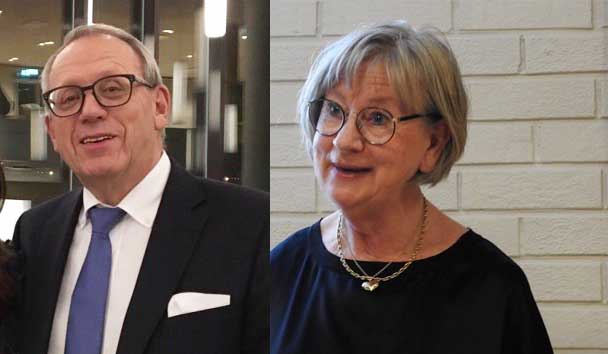 It is fascinating to read about similarities between Norwegians who emigrated to America in the late half of the 19th century with Pakistanis going to Norway in the last fifty-sixty years. Professor Kari Hempel has studied the topic in great detail, especially the history about Norwegian-Americans. Over 800,000 people left Norway for the ‘New World’ over a 100-year period, 1825-1925. That time, Norway had a population of less than two million people; today, the population is well over five million, and there is population growth thanks to immigrants entering Norway, and also the fact that people live longer than before.

Professor Hempel from the University of Stavanger on Norway’s West Coast is this month visiting Pakistan. “I am so glad to be here, together with my husband, Dr. Jan Hempel. The hospitality is fantastic; we are being taken care of from morning till evening by our university colleagues in Lahore.”

“Later, we will visit Gujrat, the main sending area of emigrants to Norway, and then we will come to Islamabad”, says Prof. Kari Hempel.

The Pakistan-Norway Association, together with three universities and colleges, will be their hosts in the capital. In the afternoon on Monday 18 November, Prof. Hempel will give a lecture at the Sustainable Development Policy Institute (SDPI).

“My husband, too, will also give guest lectures, but his field is entirely different, notably biological chemistry. He will focus on stress in plants”, she says.

When the first Norwegian emigrants left for America in 1825, they belonged to the Christian Quaker community, but in Norway that time, there was no religious freedom and only the Lutheran State Church was allowed. That changed in 1845, when also other denominations were allowed. In America, the state welcomed immigrants of different denominations and religious traditions, and they wanted people to be religiously active.

In her new paper, Prof. Hempel discusses these issues in some detail. It could be noted that in Norway, Muslims and other immigrants are encouraged to integrate and adjust to the Norwegian culture. However, they are not expected to change their faith. There are a large number of mosques in Norway and the secular state gives financial support to all religious associations based on number of members. There are more than 250,000 Muslims in Norway.