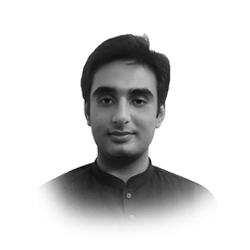 Aversive stimuli such as electric shocks and nasty tastes have since long been employed by therapists to make drug-abusers, sex offenders and pedophiles unlearn their undesirable behaviour. They purposefully associate pain with unacceptable fantasies to get their patients say that, “They hate their desires because they make them sick.” This is, however, one of the highly condemned methods of treating patients as it may lead to high rate of dropout, aggression, poor compliance with treatment and death risk for persons with heart and lungs problems.

As a consequence of criticism on medical and ethical grounds, psychologists are now increasingly using safe stimuli instead of nasty ones to change their patients’ behaviour. However, from the information I managed to glean from the CSS Club ( a social media platform of the CSS aspirants), discussions with CSS aspirants and Detailed Marks Sheets of the CSS qualifiers of the past few years, FPSC’s examiners are still using questionable stimuli and highly controversial methods of discouraging students from opting for certain optional subjects in CSS exam.

As CSS toppers in 2010 and 2016 reportedly failed in 2011 and 2017 respectively and a candidate who won Rhodes Scholarship in 2013 failed in CSS essay in the same year by securing single-digit marks, one should consider FPSC’s paper checking criterion before squarely blaming Pakistan’s education system, though it is also far from satisfactory, for the dismal performance of candidates in CSS exam.

By way of explanation, one needs look no further than the Detailed Marks Sheets of CSS 2017, 2018 and 2019 candidates. In CSS-2019, students having opted for International Relations, Gender Studies and International Law secured shockingly low marks vis-a-vis those who luckily had Political Science, Business Administration and Criminology etc., as their optional subjects. Likewise, in CSS-2018 candidates who happened to have Public Administration, Geography and any history subject other than US History had unbelievably high marks, irrespective of the quality of their papers, vis-a-vis those who unluckily had Gender Studies, US History and International Law as their optional subjects.

In the same vein, students with US History, Gender Studies and International Law found themselves in a position of advantage over those having certain other subjects in CSS-2017. As believed by the CSS aspirants, and Detailed Marks Sheets of candidates lend credence to this belief, FPSC’s examiners wittingly target certain optional subjects opted by a large number of students to ease their own burden. CSS aspirants are thereby in very low spirits due to the belief that no matter how hard they work, they would not get through the exam if their subjects happen to be the lowest scoring.

FPSC, therefore, need to come clean about the criterion of paper checking and rumours of instructed marking in CSS exam. It would do well if it answers some hard-hitting questions posed by the candidates. For instance, can a student having three lowest scoring optional subjects such as International Relations, Gender Studies and International Law compete with a student having the highest scoring optional subjects such as Political Science, Public Administration and Criminology etc., in CSS-2019? Is the latter not at an advantage of seventy to ninety marks over the former in the written part of the exam? Can he make up for the loss of seventy to ninety marks in written part even if he manages to get twenty to thirty marks higher in viva voce than a student having the highest scoring optional subjects?

More importantly, are both categories of students being treated equally? And has FPSC put the fate of very competent candidates, according to FPSC’s own admission in Article 14(ii) of the exam rules, who cannot make it to civil service despite getting high marks in interview to the whims and moods of the examiners who mark their optional papers? Is it fair to let the candidates who get allocated due merely to the fact that their optional papers are checked by an examiner who does not let the bad quality of their papers, in a large number of cases if majority of CSS aspirants and teachers are to be believed, come into the way of them getting allocated continue as civil servants? Would FPSC be responsible for the maladministration caused by the civil servants recruited merely on the basis of their lucky optional subjects?

What is more, is refusal to allow exposure and reexamination of papers not a clear violation of the Right to Information Act which applies to FPSC also? Does any of the exemptions provided under Articles 7 and 16 of the aforementioned Act applies to FPSC also? And does the exposure of students papers pose a threat to the national security even if the term is given a very liberal interpretation? Or, is their exposure likely to endanger life and liberty of any individual? As a matter of fact, these questions have gained much more significance after some students challenged the CSS-2018 result in Islamabad High Court on suspicion of discrimination against them.

Before filing a suit in court these students sent letters to FPSC office to draw its attention to the discrimination, they believed, they were subjected to. Instead of effectively addressing their grievances FPSC sent them Quaid’s sayings in reply and advised them to think of a career other than civil service. Given the gravity of the situation, as another group of CSS aspirants is also raising funds through social media to challenge the CSS-2019 result, FPSC would be well-advised if it gives satisfactory answers to the questions raised by the disheartened CSS aspirants.

Admittedly, some candidates with the lowest scoring optional subjects also make it by faring exceptionally well in interview. But, this does not exonerate FPSC’s examiners because the fate of the unsuccessful candidates is not to be compared with that of a few exceptional candidates but with that of the candidates who get allocated due merely to their lucky optional subjects despite doing badly in interview. In fact, these few exceptional candidates are also left complaining, as did the CSS-2018 candidates who believed that examiners awarded them very low marks in US History, Gender Studies and International Law without taking quality of their content, command over subject and presentation into account, that had they been treated equally in written part of the exam they would have secured much better groups.

As CSS toppers in 2010 and 2016 reportedly failed in 2011 and 2017 respectively and a candidate who won Rhodes Scholarship in 2013 failed in CSS essay in the same year by securing single-digit marks, one should consider FPSC’s paper checking criterion before squarely blaming Pakistan’s education system, though it is also far from satisfactory, for the dismal performance of candidates in CSS exam. Given FPSC’s questionable assessment criterion and quota system, which also discourages merit, introduction of any other CSS reforms, as it is reportedly being contemplated, would arguably not yield desired results. Perhaps, it is high time that FPSC apart from putting blame on our flawed education system, also took some responsibility for the poor CSS result.

The writer is a lawyer based in Lahore. He can be reached at [email protected]