After three years in Pakistan, Danish Ambassador Rolf Pereira Holmboe has completed his posting here and just left for his new posting in Bamako, Mali. “I look forward to my new posting in Africa, but I leave Pakistan with a heavy heart”, he says.”

“I have enjoyed my time in Pakistan tremendously. At the embassy, we haveput the emphasis on improving our trade relations to help boost the economy in Pakistan”, he says. “We have a good number of Danish companies in Pakistan, and some of them play an important role. Maersk (the largest shipping line in the world), is shipping out the bulk of Pakistani exports to the global markets, and Novo Nordisk, the world’s first and leading producer of insulin and diabetes care, which is heavily engaged to prevent diabetes in Pakistan through information and activity campaigns to promote healthy living and more physical exercise!

In his speech at a small farewell reception recently, Ambassador Holmboe drew attention to the important role of the private sector in both Denmark and in Pakistan. He said that in Denmark, it is very easy to register a private company. It just takes a few hours and can be done online.He also said that the overall business and democratic culture in a country is important for success.

“If you need help to start up a business, the state will give you monetary support and expert advice through some programmes. Every month, we help some 3,000 start-ups in Denmark”, he said, adding that many may not succeed, but the success is those companies who do succeed and grow into real, new companies. “What becomes a success can become a massive success.”

He also discussed Pakistan’s export potential to Denmark, and he explained about Denmark’s focal areas in cooperation with Pakistan, notably in fields like renewable energy and pharmaceutical industry. Rolf Holmboe in particular saw opportunities in the cooperation between a company in Denmark with companies in Pakistan. “It is a win-winsituation for a Danish company to take quality products from Pakistan, and for a Pakistani company to have a partner who can market the products on the global markets”, said the Ambassador.

Bilateral cooperation is not only trade and commerce; it is also culture, music, and culinary interactions, and it is important to include children and youth whenever possible. Ambassador Holmboe mentioned some such lighter and other cooperation and exchanges, which includes musicians, journalists – for instance how he played cricket at an event arranged by Novo Nordisk – playing against a team of children with diabetes led by cricket legend Wasim Akram – and his team won! 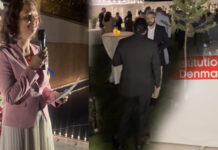 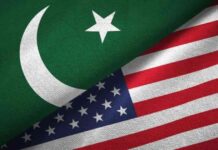