ISLAMABAD: UN Women Pakistan and the National University of Sciences and Technology (NUST), jointly organised a “Youth Dialogue on Generation Equality: Realising Women’s Rights for an Equal Future” in Islamabad.

Attended by Regional Director of UN Women for Asia and the Pacific, Mr Mohammad Naciri, as chief guest, the dialogue was in line with the 2030 Agenda for Sustainable Development, which is grounded in Gender Equality and the Empowerment of Women.

The event was held at the 25th anniversary of the Beijing Declaration and Platform for Action which was ratified in 1995 and endorsed by 189 governments at the “4th World Conference on Women held in Beijing,” China and powered by the 21st century women’s movements.

In his remarks, Mr Mohammad Naciri said that gender equality and women empowerment are the backbones of a progressive society. He maintained that the UN Women’s campaign of “Generation Equality: Realising Women’s Rights for an Equal Future,” calls for equal pay, equal sharing of unpaid care and domestic work, an end to sexual harassment and violence against women, healthcare services that respond to their needs, and women’s equal participation in political life and in decision-making in all spheres of life.

Earlier in his welcome remarks, Dr Nassar Ikram, NUST Pro-Rector Research Innovation and Commercialisation (RIC), said that the dialogue provided an ideal platform to discuss and devise ways to achieve the SDGs through engaging and empowering women, and ensuring their inclusion in every development agenda.

Talking about NUST efforts towards women empowerment, he said that NUST is cognisant of its role in eliminating the gender gap through ensuring the right to access to education for all, inclusion through skills development, access to employment, and so on.

The UN Women in Pakistan works with public and private partners to create a conducive environment, where women can benefit from equal social and economic development opportunities; live a life free from violence in private and public spaces, and where survivors of violence can access quality essential services.

Other speakers included Ms Uzma Kardar, Member Provincial Assembly Punjab; a NUST alumna; Ms Maya Zaman, a successful entrepreneur from the Transgender community; and Ms Aqsa Ajmal, a NUST student who recently made headlines for seizing a slot amongst 6 global finalists for the Lexus Design Award, to be held in Italy later this year.

A large number of women across different professions, and students participated in the event. The event ended with closing remarks by Ms Aisha Mukhtar, Deputy Country Representative UN Women, Pakistan. 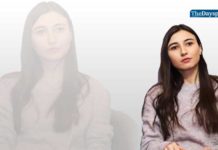 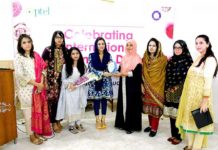 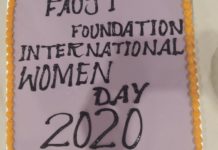 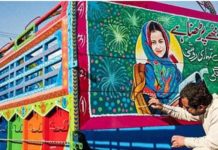 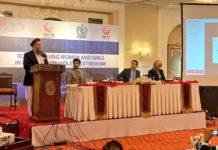