ISLAMABAD: Pakistani handicrafts have enormous export potential with the growing demand in the foreign countries and government should focus on better development of this industry to earn billions of dollars foreign exchange through increased exports of handicraft products. This was said by Muhammad Ahmed Waheed, President, Islamabad Chamber of Commerce & Industry (ICCI) while talking to a delegation of Handicrafts Association of Pakistan (HAP) that visited ICCI led by its President Fahad Barlas. Kashif Chaudhry Vice President, Khursheed Barlas, Madam Farah Rani, Abdul Hameed Abbasi, Sardar Fahad, Nasir Raja, Mohsin Malik and Azhar Jatoi were in the delegation. Tahir Abbasi Senior Vice President and Saif ur Rahman Vice President ICCI were present at the occasion.
Muhammad Ahmed Waheed said that Pakistan has good potential to promote handicrafts exports to many countries including USA, Germany, UK, France, Italy, Japan, Australia and Saudi Arabia and government should take measures for better development of this industry. He said that promoting the handicraft industry would create plenty of jobs for women and others. He said that billions of dollars could be brought to Pakistan annually through the export of handicrafts provided the ultra-modern designs were introduced to capture global markets. He assured the delegation that ICCI would fully cooperate with HAP in resolving the key issues of handcrafts industry.

Speaking at the occasion, Fahad Barlas, President, Pakistan Handicrafts Association said that many handicrafts products were developed in far flung areas and added that handicraft sector of Pakistan has the potential to fetch huge foreign exchange provided it was promoted through logistic support by the government. He said that trade fairs and exhibitions played important role in promoting handicrafts, but lack of resources were the major hurdles in organizing such events.

Fahad Barlas stressed that government should provide support to private sector in organizing fairs and exhibitions for better growth of this sector. He said government should provide platforms that could enable individual artisans to sell their products on the web in a growing market niche. He said if private sector was provided modern scientific trainings and techniques in line with new trends and market driven demands, Pakistan has the potential to produce the world best quality handicrafts to compete effectively in the international market. 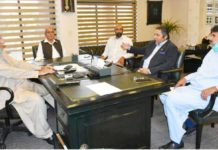 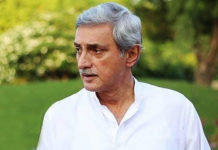 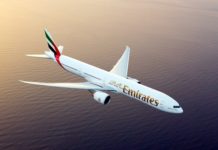