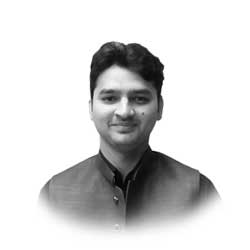 In the year 1994 the world leaders come up with an agreement regarding the health rights of their countries. Subsequently, the first International Conference on Population and Development was organized in Cairo, Egypt. The objective of the this conference was to empower women in decision making regarding her own bodies, eradicate violence against women and increase equality between women and men. This forum become the first and most significant platform to aid the reproductive and sexual rights as essential fragment of human rights.

The major outcome of this conference was a groundbreaking “Programme of Action” which was accepted and adopted by 179 states which called for the health and reproductive rights of the women to be one of the main agenda in their national and international efforts. The ICPD’s Progamme of Action had very broad goal and targets in the area of sexual and reproductive health. The program had very extensive goals starting form girls education, infant reduction, maternal and child mortality rates, patterns of environment and consumption, migration of families’ internal and international, issue of population, control and prevention of HIV-AIDS, communication, education and information, development and research, access to inclusive reproductive health care having family planning, prevention and treatment for sexually transmitted infections, childbirth services and safe pregnancy procedures.

The implementation status of the targets of “Programme of Action” are reviewed and all states share their work progress and challenges annually. The purpose of these annual reviews are what is done and what is left. Regardless of 25 years of commitment to the cause, a lot of progress has been delayed and some measures have been upturned. Assess to modern contraception has only been increased by 25 percent and the family planning services have improved since 1994. The maternal deaths have declined by 40 percent, still millions of women don’t have the access and awareness on the usage of modern contraceptives for the avoidance of unsolicited pregnancies.  Nevertheless the world is still far away from the ICPD’s Programme of Action goals which is to reduce the maternal deaths fewer than 75 percent per 100,00 lives.

An eminent action has also been taken to end the harmful practices like child and forced marriages, female genital mutilation (FGM). The countries having high pervasiveness of FGM, the proposition of girl’s falling in FGM practice decreased from 49 to 31 percent. But as the population has increased the women and girls getting affected has also grown. Likewise, sexually transmitted infections (STIs) other than HIV was a well acknowledged challenge highlighted in 1994’s International Conference on Population and Development (ICPD) are one of the most neglected dimensions of sexual and reproductive health as STIs, frequently remain undiagnosed and untreated causing harmful effects to women and their newborn.

Internationally, the deaths due to unsafe abortion has decreased from 69,000 to 47,000 from 1990 to 2008 as many methods of abortion including manual and medical have become more readily assessable.

Many initiatives have been taken in Pakistan to uplift the reproductive health and family planning to comply the objectives of ICPD. Still, the policy and institutional reforms, effective implementation of program are continuous difficulties until now.  Furthermore the population welfare and health programs policies and initiatives largely oversight the SRHR of young people’s and transgender which are two prominent elements in comprehensive sexuality education (CSE) which ensures friendly and stigma free access of free SRHR facilities to transgender and young people.

Pakistan Government is working with civil society to further fortify for the accomplishment of ICPD targets. And to ensure sufficient budgets are allocated and been effectively utilized for the initiated programs regarding reproductive health and rights.

The content in this article is taken from UNFPA.ORG and reproduced by the writer, he can be reached at [email protected]

A convicted child pornographer got bail