To highlight the human rights violations in Palestine at the hands of Israeli forces, international webinar was held in which ministers and government officials of Palestine, Turkey, Pakistan, Bangladesh and Lebanon condemn the barbarism of Israeli forces on innocent Palestinians specially children and women.

Webinar was jointly organized by International Cooperation Youth Forum (ICYF), Youth Alliance for Human Rights (YAHR) and The Dayspring as outreach partner in Pakistan. The ministerial session was moderated by Fsahat-ul-Hassan Board Member of ICYF.

Federal Minister for Religious Affairs Pakistan, Pir Noor ul Haq Qadri that the human rights violations in Palestine is not an issue to be condemned only by Muslims but its an issue of entire humanity and every one including youth must speak against Israel’s barbarism. He further mentioned the forceful and illicit acts of Israelis on the people of Palestine. In his speech he emphasized numerous times that the international community must understand that Palestinians have the right to be given back their land and we all must be united to stand for the cause of brotherly nation Palestine. Moreover he specified that Pakistan has used all the means to draw attention of UN to the issue of Palestine. He said that we should be united to stand with Kashmir and Palestine to prevent the war and to maintain the peace in the world.

Jibril Rajoub, President of Higher Council of Youth and Sports of Palestine expressed his concern for the people of Palestine, in his speech he emphasized on the inhumane treatment of the racist police of Israel which is aimed at suppressing platestanian people. He urged the need to take collective measures for Palestine issue.

Taha Ayhan (President ICYF), extended his support and concern to Palestine and especially to the Palestinian youth. He said that there is a dire need of strategic solutions to help the people of Palestine to bring back peace and harmony. He further demanded public support especially for the youth of Palestine, children and women to provide with opportunities and build up their capacities. 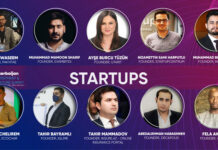 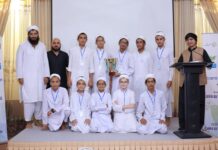 Students of Jamia Baitussalam attended Taleem-e-Amn, first of its kind peace camp for the students of a religious seminary 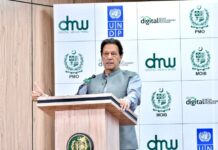 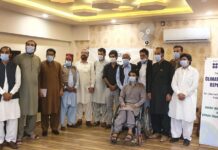 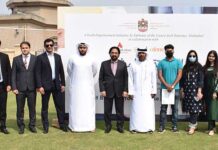