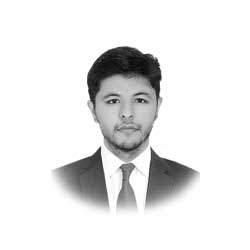 It is universally acknowledged that man is considered the crown of all creatures. He enjoys great status among various species. This uniqueness of status is because of his sophisticated acquisition of language. Human beings are the only creature on the earth who is capable of speaking. Thus, language distinguishes man from animals.

Unsurprisingly, language is not innocent, it is loaded with ideologies that shape our identity. Benjamin Lee Whorf rightly said, “language shapes the way we think and determines what we can think about”. We as humans express feelings of joy and sorrow through language. Its sublimity lies in the flow of ideas. Undoubtedly, language bears enormous significance in the lives of all and sundry. It has a pivotal role to play. However, the weightiest feature of language is the genesis of thoughts. It is the only language that helps our mind with the thought process.

Pitiably, in Pakistan, education system lags far behind. It imposes obstacles in learning process by adopting English as mandatory source of conveying ideas.

Owing to this, students face multifarious challenges. They suffer mentally. Resultantly, students ceases to generate ideas, they live in phobia. Moreover, in our education system, teachers pressurize the school children. They strictly ask students to communicate in English language. Though UNESCO assures, it is fundamental right of every child to learn in his/her native language.

Apart from it, Pakistan is multilingual state. It is a home to 72 languages, yet English is the official language of country. Without a shadow of doubt, English has attained an elite global status, therefore it is lingua franca of the globe. The dominant status of English lies in the fake propagate which has created myth that English all alone can bring prosperity, social status and wealth.

However, it is not the genuine fact. Many nations have made sublime progress by firmly holding their native languages. Bangladesh and France are obvious examples in this regard.

To conclude, it is obvious that language plays a vital role in our lives. The human mind works robustly through language. Imperialism of unfamiliar language in learning will be a fiasco.

The writer is a student at Quaid e Azam university Islamabad. He can be reached at [email protected]