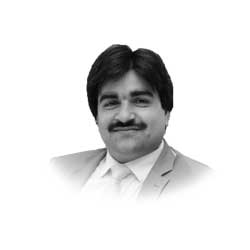 May 31st is celebrated across the world as ‘World No Tobacco Day’ to raise awareness on the hazards of tobacco consumption. Pakistan is the 8th largest tobacco producer in the world and according to World Health Organization, the number of smokers in Pakistan has reached up to 29 million. In terms of economics, on average, Pakistani smokers spend 10% of their average monthly income on cigarettes. 25.3% of households in the lowest income group smoke cigarettes compared to 16.2% of households in the highest income group. According to Global Adult Tobacco Survey, 19.1% percent of Pakistani adults (age 15+) use tobacco in any form. Among children from the age 13 to 15, 10.7% use any tobacco product. Due to cheap and easy affordability, nearly 1200 children begin smoking every day in the country.

Pakistan became a Party to the WHO Framework Convention on Tobacco Control (FCTC) on February 27, 2005. However, many of Pakistan’s measures to control tobacco consumption are not completely aligned with FCTC. In June 2019, the federal cabinet decided to implement a healthy levy on tobacco products. Unfortunately, some renowned politicians have repeatedly blocked this move because of their involvement with the industry. In last four years Pakistan has not made any serious effort to increase tobacco taxation.

After 18th amendment to the constitution of Pakistan, health has become a provincial subject and all provinces are required to enact their own laws. However, no efforts have made in this regard. In addition, due to absence of monitoring and controlling mechanism, Prohibition of smoking and protection of non-smokers health ordinance 2002, has not been implemented on ground level. The policy makers and implementation authorities have failed to adapt according to the latest trends of tobacco consumption. There are little to no measures to counter the threat posed by alternate products such as sheesha, vapes, e-Cigarettes and nicotine packs.

As a result, the tobacco consumption is causing serious health implications on Pakistanis by making them suffer from non-communicable diseases like cancer, diabetes, heart disease, stroke, and chronic lung diseases. Yearly, 170,000 people die due to tobacco consumption.

On financial side, the use of tobacco causes annual an economic burden of 615 billion which is 1.6% of Pakistan’s GDP. This leads to significant negative externalities, including high healthcare costs and lost productivity due to tobacco-attributable diseases. On the other hand, the revenue generated from the tobacco industry is 120 billion in 2019 is approximately just 20 percent of smoking’s total cost.

Tobacco industry in Pakistan regularly interferes in public policy regarding tobacco control. Some of the examples include lobbying against larger pictorial health warnings, CSR activities directly through government officials and lobbying for acceptance/promotion of alternative tobacco products. The industry claims to be a major taxpayer in absolute terms, however the tax contribution is a small fraction of what tobacco consumption costs the government and society. The industry also blatantly violates sales and promotion laws to attract children and youth through catchy but misleading advertisement and sales near educational institution.

In order to counter these challenges, the government needs to adopt a sustainable National Tobacco Control Policy. Government must have clear cut guidelines on increasing taxation and health levy on yearly basis in accordance to inflation. Measures are also required to counter under reporting and false claims of illicit trade; minimize the industry’s influence in policymaking; strict implementation of the laws; and allocation of resource for improvement in public health system.

The writer is Program Manager, Society for the Protection of the Rights of the Child, SPARC, Islamabad. He can be reached at [email protected]