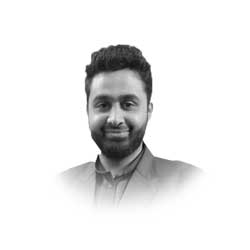 There, it is out in the open. We, as a country, have a big rape problem. The men here sexually assault women with wanton abandonment. Some fellow men indulge in victim-blaming, others fail to do their jobs to bring the perpetrators to book, affecting half of the country’s population. The fact is that our problem is not limited to age or gender. Victims range from children to the elderly. From girls to boys. Many quickly jumped to argue that rapes take place because the victim was wearing a certain kind of clothes, was not accompanied by a male relative, was passing through a “gloomy” area at a particular time of night. The fact is that rapes happen in Pakistan for want of serious steps at stopping them. But are things due to change any time soon?

Despite the noise being made online or from certain quarters, one does not see any positive changes in the context even in the distant future. Nearly two weeks after the motorway incident wherein a woman was dragged from her car along with her two minor children and then gang-raped, there have been only excuses — and even more rapes. The main suspect in the case — that has been a cause of disgrace for Pakistan the world over — remains at large while some of the other suspects identified voluntarily came forward to deny charges. The police only seem to be groping in the dark as the whole nation anxiously awaits progress in the case.The CCPO Lahore, the police officer who blamed the victim and remains at a loss to understand the public outrage over it, still holds his position while his newly-installed boss frets his standing in the department. Indeed, the IG Punjab only this week wrote to the Rawalpindi regional police officer telling him to shape up the state of investigations in 90 cases of rapes and robberies in the district. What is the state in the other districts is quite apparent. The emergence of Faisalabad as a hub of crime in recent months is alarming but no one wants to speak of it.

Sure, there have been vociferous calls for hanging rapists and subjecting them to castration — irrespective of the fact that this argument fails both at our international commitments and what the clergy in the country believes should be the punishment handed down to such criminals. But none of these offers a solution to why these things happen in the first place. There are two major areas which require the utmost attention if we are to be able to fix this issue. First, there is a need for deep, research-based introspection from a societal standpoint into why these things happen. What are the combinations of measures needed to stop these crimes from happening? The second is the legal aspect. Whether that means strengthening laws around not just rape but also sexual harassment — at the workplace and in domestic settings. Then there is a need to fix the investigation aspect so that when a culprit is taken to court, the police can effectively prove their case beyond any doubt and ensure a conviction — whose current rate languishes at a mere four per cent. There is also an urgent need to look into a quasi-judicial measure where the rapist and the victim are coerced into a compromise and the victim is forced to marry her rapist.Rape is considered a global problem and according to WHO, every one in three women suffer from physical or sexual violence at some stage in their life. Over the recent years, Pakistan has been witnessing increased incidents of rape cases across the country, which has in turn created a sense of insecurity and fear among women.

Punjab, being the biggest province of Pakistan with regard to population, has recorded more cases of rape than any other province. Regardless of several government and non-government efforts, such as Punjab Protection of Women against Violence Act, a massive 3,885 cases of rape, 1,361 cases of child sexual abuse, and 12,650 cases of kidnapping of women have been reported since 2019. These numbers, however, do not reflect the actual scale of the problem because most cases are either not reported or are negotiated at the family level. Long persisting societal norms prevalent among most ethnic groups in Pakistan treat sexual discourses as a taboo, therefore, family members, or individuals themselves, would try to hide such an incident so as to not dishonour their family name. Lack of awareness seems to be the main hinderance towards ameliorating the problem since sex education is often avoided, especially for minors. Furthermore, many are also unaware of the legal procedures to adhere. It is about time that special action is given to rape victims, who suffer tremendously due to psychological complications long after the incident. Media campaigns regarding women’s rights and sex education need to be initiated in order to educate parents in teaching their young children on how to protect themselves. It is also important to introduce a separate topic regarding gender studies at the primary and secondary level. Hence, all -out efforts need to be made with a view to root out the menace of rape.