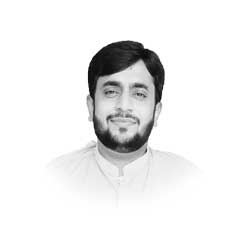 There is a need of reforms in the neo-liberal model of free market economy to mainstream interests of voiceless people.

The widespread protests by farmers in India have identified the fault lines in neo-liberal model of market economy. There are huge demonstrations in India by farmers against Modi’s agricultural reforms. The major point of concern is removal of minimum support price of agricultural products and increased role of private corporations to deal with price of agricultural products. The fear among Indian middle-income and poor farmers is that they will be subject to caprice of callous “free market” having little or no share in it. They fear losing their lands and businesses at the hands of big corporations. Farmers are already exploited at the hands of middle-men. Having weak position of bargaining, they are threatened to be side-lined further.

The response of Indian state to huge demonstrations is no less capricious. Modi, prime minister of India, responded by saying, “we cannot build the next century with the laws of the previous century.” Ironically, the same prime minister helps wave off loans of billions of rupees to “Ambanis” and “Adanis” of India in the name of restructuring. This not only shows the callousness of an ultra-nationalist leader of world largest democracy but also depicts vulnerability of down-trodden ones in neo-liberal model to which Indian cricketer turned politician term “a capitalism for poor but socialism for rich.”

Situation of farmers is not so good on the other side of Radcliff line either. There were some farmers protests in capital of largest province of Pakistan-Lahore- in November. Protestors were met with coercion and high-handedness of state officials. Among them, one farmer lost his life in struggle to get reasonable price for their products. Farmers are facing oppression in both neighbouring South Asian nations i.e. Pakistan and India.

With these unfortunate episodes of state oppression on poor ones accompanies a serious tirade against neo-liberal model of free market economy. Aasim Sajjad Akhtar, in his recent op-ed in daily Dawn, writes, “farmers are now considered relics of the past in the capital intensive, digitalised and financialised 21st century. Whether in India, Pakistan or rest of the post-colonial world, to be a ‘competitive emerging market’ means eliminating anachronisms that represent an obstacle to ‘development’ as the rich and powerful define it.” It is feared that middle-income and lower classes will continue facing coercion and threat of their survival. The reason behind it, according to many, is the unequal model of free-market economy.

The panacea, according to many leftist scholars, lies in elimination of neo-liberal model. Aasim Sajjad Akhtar concludes in his op-ed, “on the whole, the megalomaniacs and establishments that rule us will continue to propagate a hegemonic mix of ‘development’ and state nationalism to keep an ecologically, culturally, and socio-economically unsustainable model afloat. The challenge, as ever, is to build a politics that unites hundreds of millions of working masses across the sub-continent to defeat hate, exploitation and tyranny.”

On the other hand, there are some scholars who suspect viability of alternatives to liberal order, particularly one being advocated by socialists. For instance, G John Ikenberry questions seriously the workability of alternatives to liberal order and advocates unmatchable successes of liberal order. In the words of Ikenberry, “however serious the liberal order’s shortcomings may be, they pale in comparison to its achievements.” The champions of liberal order, like Ikenberry, flaunt on success of the model i.e. economic growth, rising income, industrial development in post-war Europe and elsewhere and elimination of colonialism.

Regardless of all successes of liberalism, callousness of neo-liberal free market model cannot be justified. There are some serious doubts about share of poor people in so-called “economic and industrial growth” around the globe. They are serious concerns which cannot be done away with. If alternative to the model are not viable and complete rooting out of a well-embedded world politico-economic model is impossible, reforms seem most plausible option to mainstream the ostracised billions. What is needed at the time is unity among the poor ones to fight for themselves and search for reforms which can keep economies grow with pace as well as empower the voiceless, the downtrodden ones or in the words of Frantz Fanon “wretched of the earth”.