Police and its top officials appointments have always been a publicized affair as these individuals with absolute powers over masses are always deemed a threat by the political set up which have a marriage of convenience with authority and totalitarian governance .

The reshuffling in the police cadre, as who holds the reigns of the province has always been a bone of contention. Merit as harped and projected by is thrown in the trash bin and the ‘kingpin’ gets displaced one after the other like a house of cards falling down.

The data regrettably will never be made available due to ‘national security’. Reasons besides incompetent appointees where a graph can be drawn to determine who are the most hated people in Pakistan and the root cause of all ills in the society.

The slogan ‘Punjab Rules’ pops up time and again and is harped by politicians to create discord and the police chief ‘the real god father incarnated’ is considered a real threat as his hold over the force nullifies their (politicians) interference which is at village, district and at provincial level in prolonging and maximizing their tyrannical rule.

The recent transfer of Inspector General Punjab has created a stir in the media as Punjab has its sixth head of police Inam Ghani taking the charge from Shoaib Dastagir who was the fifth IG of Punjab in two years. It is also heard that his removal from office has been challenged in Lahore High Court.

The recent row as reported between the two officials CCPO Lahore Umar Sheikh and IGP Punjab Shoaib Dastagir resulted in the later facing the wrath of the government. It has also exposed, how the public servants with Pharaoh’s mindset operate and serve the masses who die miserably in their quest for justice which often takes the wrong turn when these officials sell their soul for money to favour the accused.

The IGP Punjab Shoaib Dastagir has now been sent to serve as Secretary Narcotics Control Division. Not Long ago there was row in Sindh where IGP Sindh Kaleem Imam after taking charge faced backlash from political parties and he was removed from the post to serve as IG Traffic and Mushtaq Meher took over the charge as IGP Sindh.

Sindh High Court intervened in the past and ordered Sindh Government who was all out gunning down the IGP Sindh AD Khawaja whose appointment shook the corrupt administrative setup. AD Khawaja tenure was also very brief but it exposed that it not public servants but criminals serving in uniform and making the best use of authority to lynch common man.

There are countless examples and courts have many old men, women, children knocking at the doors in their quest for justice which is obliterated by the corrupt police ‘investigation officer’ who changes the entire picture of the incident.

Sadly court doesn’t has the sight beyond sight to look in to the discrepancy which is done deliberately to liberate the accused criminal who after keeping the law in his back pocket goes on a rampage destructing and destroying the lives of many others in the process.

To give a brief glimpse of how system works in the ‘land of the pure’ the Balochistan Member Provincial Assembly,  Majeed Achakzai was found not guilty by the ‘model court’ over lack of evidence and the traffic official Haji Attaullah doing the job in broad daylight just happen to stand in the way of the land cruiser which was driven by ‘unknown ghosts’. Haji Attaullah is dead and in grave. His service in the department leaves a stain as he died in uniform and no one stood up for him.

Abdul Majeed Achakzai is an honourable  and former law maker and honourable Judge Dost Muhammad Mandokhel made the right decision in exonerating the accused over lack of evidence.

Actress Atiqa Odho faced a situation in which she was accused of carrying liquor bottles in her hand bag and after nine years it was revealed she was innocent and the case was dismissed over lack of evidence.

In 2011, Odho was detained by the Airport Security Force at the Benazir Bhutto International Airport for allegedly carrying two liquor bottles in her luggage. She was released shortly after the intervention of some ‘influential figures’ in the matter.

Then chief justice Iftikhar Chaudhry had taken suo motu notice of her release and ordered authorities to lodge a first information report of the incident.

The usual feed to the media in the recent row is over rule of law and insubordination while corruption is the charge which hasn’t been added. This is all very superficial the actual and in-depth details will reveal a new dimension as why all this happened and all will be revealed (national secrets) in good time.

The hallmark of police in Pakistan so far with ‘meritorious service’ include Senior Superintendent Police Rao Iftikhar accused  of killing Naqeebullah Mehsud, Inspector Abid Boxer, the alleged hired gun and a ‘fake encounter specialist’ having many an innocent people blood on his hands, Superintendent Police Mufakhar Adeel involved in murdering of former Deputy Attorney General of Punjab Shahbaz Tutla.

These officials are but few who have been caught in the act. There are many others who over the years have covered their trace with abuse of power and pressure and if they are ever caught they are likely to surpass the ones who made headlines not long ago.

The Sahiwal Murder Case is still a mystery and the surviving children will have no one answering their questions as why their parents and older sister was gun down in broad daylight.

Land of the pure has been shrouded by mysteries and any open kutchery (court) by the ‘so called public representatives’ and even the Prime Minister Complaint Cell have applications running in hundred of thousands and most of them are about police high headedness  and abuse of power.

The data regrettably will never be made available due to ‘national security’. Reasons besides incompetent appointees where a graph can be drawn to determine who are the most hated people in Pakistan and the root cause of all ills in the society.

The insensitive remarks by police officials on ‘Motorway Rape Case’ also show how the standards have fallen in the force that is made to protect and serve the nation. 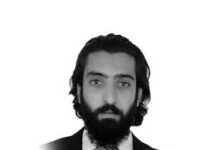 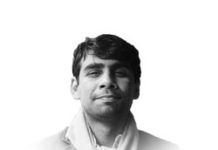 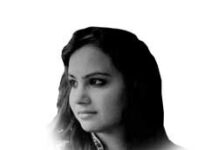 Treaty of Lausanne and Turkey beyond 2023: A geopolitical conundrum