Quaid-i-Azam University Under Nexus of Colonialism 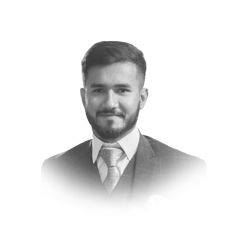 The Islamic Republic of Pakistan got its independence from foreign colonialism but not from local colonialism. Many colonizers still rule it in one shape or another. These colonizers snatch public properties and turn them into money-making projects.

Civilized nations uphold the law and regard public property as holy. Additionally, they value educational institutions because they educate them. However, the whims of despots and robbers rule over such morally corrupt nations. They don’t care much about teaching their people, ensuring their welfare, or thinking about the next generation. Public institutions are weak in such states because their leaders are susceptible to incentives like promotions, appointments, or black money. The same has been happening with Quaid-i-Azam university, the leading institute in Pakistan, for the last two decades.

Pakistan is a country where public welfare can be quickly sidelined. The new threat to Quaid-e-Azam University’s (QAU) Land exemplifies this. The Capital Development Authority (CDA), the mighty creator and stern enforcer of Islamabad’s zoning laws, wrongfully and illegally took a sizable portion of land inside the institution last month. PM Shehbaz Sharif re-launched the project a few weeks ago and ordered its rapid completion. A similar initiative was launched by the ex-Premier Imran Khan a year ago.

The university’s meticulously tended forest was being destroyed, and the ground was leveled a few days ago by CDA bulldozers. Building a roadway through the campus will enable heavy traffic headed for Murree to pass through, according to their plan. Due to the amputation, the campus will always be divided into two separate, non-communicating sections. The choice to desecrate Pakistan’s most picturesque and peaceful campus is wrong on both an aesthetic and environmental level. The most beautiful and serene campus in all of Pakistan will have been destroyed.

Morally, this land seizure cannot be justified. Every state with a reputed higher education has provided vast land areas. This Land is QAU’s sole significant asset. However, the construction of upcoming departments, laboratories, and hostels is in jeopardy because CDA has taken possession of the property, which portrays their imperialistic behavior.

The CDA’s actions are likewise morally repugnant. Although it states that the vice chancellor of QAU gave authorization, the impacted parties—teachers, students, and the general public—were not contacted. The university administration would have supported the university’s interests over land speculators in another country. But in this place, loyalty is cheaply bought, just like East India Company bought loyalties of locales for their purposes. The QAU administration, therefore, kept the situation a secret to appease the government in the hopes that no one would learn of it before the arrival of the bulldozers. The plan succeeded. But now that the information is public, animosity on campus is growing.

Some technical questions are raised on this envisioned project. While pleading piteously for money for flood assistance, Pakistan is also building more expensive roads in the capital. Constructing an overpass elevated over the current Murree Highway, the same as the Rawal overpass recently built, is a far more affordable solution. Why are they not going for this? ‎

It turns out that store owners who have illegally captured the existing road are opposed to the necessary overpass. Therefore, CDA has chosen to commit highway robbery by seizing the property of Islamabad’s first public institution rather than tackling them. Moreover, their clever policy is to construct this so quickly that it cannot be stopped. Stealing money from influential people is difficult in a developing country, but dipping your fingers into public coffers is incredibly simple, as per the colonial formula.

The CDA has stated that it will provide compensation land “elsewhere” but has not offered any formal assurance regarding where or when. No vacant property is nearby, making it impossible for QAU to acquire neighboring acreage. More concerningly, CDA anticipates that QAU will be tasked with removing encroachers and squatters from the unclaimed area, which is impossible. We need a little background knowledge to comprehend this.

In 1996, there was an early attempt to seize QAU’s land. To reward her friends in parliament, then-Prime Minister Benazir Bhutto offered them plots on the campus of this university. The value of the land, which could be purchased for a small portion of the going rate, was predicted to increase at least tenfold in a short time. They were given smaller plots that were significantly underpriced to circumvent any potential pushback from QAU teachers and staff. The campus was ecstatic about this once-in-a-lifetime opportunity.

In the end, that transaction fell through. Two QAU professors’ steadfast opposition resulted in a protracted, acrimonious conflict between 1996 and 1997. Abid Hasan Minto, a renowned attorney, provided pro bono assistance in public interest litigation, leading to its eventual success. The court determined that the land owned by QAU was not transferable into a private property but was held in public trust exclusively for future Pakistani generations. This triumph halted the land grab, as did President Farooq Leghari’s fortunate ouster of Bhutto’s administration. However, the land speculators came again a decade later, covertly.

Despite the precise contour map produced by the CDA in 1967 (verified in 2017), the patwari-held land records were covertly changed to reduce QAU’s area by more than 200 acres! Large portions of land have been eaten away by constantly growing encroachments in addition to this inexplicable land loss. Estimates place the total land loss at a staggering 450 acres.

Imran Khan ordered the demolition of an opulent residence constructed on QAU land by an influential PPP member in 2019, knowing that his political rivals may be easily exposed for stealing the property. But after his house’s perimeter walls started to come down for several hours, ominous phone calls from “above” stopped the activity. There was a war-like situation outside that ‘Lord’ house. It was a gesture of the colonial era where a colonizer was deploying his troops to win a war. Thus, Khan quickly made a U-turn.

Conclusively, this whole series of QAU land grabs clarifies the behavior of these local colonizers (political or administrative). It is a fact that there have been several large-scale land grabs throughout the country, and QAU’s isn’t the largest. However, the point here is that this university has a reputation of international standards. It has a history of producing prominent personalities in almost every field. But these local colonizers have pushed this university to a place where it is striving for its rights. This portrays our seriousness for the education of our generations. When persons in positions of authority act wrongfully in the entire face of the public and with impunity, they likely believe that no one in this Islamic Republic cares about the general welfare. If they were right in their assessment, Pakistan’s future is dismal.

The writer is a researcher and student of Quaid-i-Azam University, Islamabad. He can be reached at [email protected]

The opinions expressed in this article are those of the author. They do not purport to reflect the opinions or views of the THE DAYSPRING