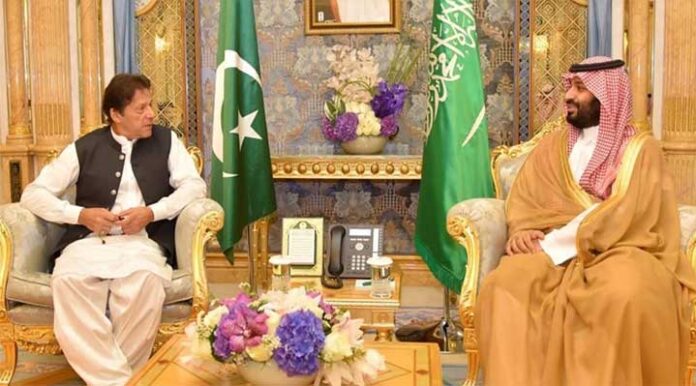 During the last few months a paradigm shift and sea change happened in the Middle East. Arabs, who were once united against Isreal, had always looked at her with religious lense and had fought wars with her; are now divided and vulnerable against Israel, and see it with geostrategic, geoeconomic and realistic perspective, irrespective of the popular sentiments in Arab and the Muslim world at large.

Arab sheikdoms are in queue and in great hurry up one after another not only to normalise the long standing hostile relations with Israel but also to accept it as a strategic ally against their common threat Iran and Iran supported militia forces in the region. After establishing diplomatic ties with UAE and Behrain in September, now it is in the air that Israeli PM Nathan Yahu has just visited KSA secretly and has talked with de facto ruler MBS, which can’t be ruled out keeping in view the prevailed developments. Moreover, it is also viral that Pakistani Army command has also visited the said region during this time.
More interestingly, Pakistan’s PM IK while giving interviews to various media channels, has spoken times and again that there’s humongous pressure on Pakistan from both KSA and the US to recognize Israel. Resultantly, policy discourse regarding the matter and subsequent articulation is under process at top tier, while to melt the ice and change the long established narrative of “Marg bar Israel” through media, academia and intelligentia which is the middle tier has been also commenced. Whether they succeed or not to change or affect the popular sentiments that’s the lowest tier is probably not uncertain..

The reality is that Pakistan must have taken Israel recognition issue long ago more rationally, pragmatically and logically. Instead of taking it as Muslims– Jewish problem, it should have been taken as Arab Jewish issue. Nonetheless, Pakistan must have supported cause of Palestine and Kashmir as well under umbrella of Right of self determination as well. It would have been a holistic ideal-real approach, rather than a constructivist myopic emotional one, which now yields little and pays most..
Yet, things are not as simple as they seem. New strategic and economic alliances are occurring across the globe and in the region as well. Alliances are greatly shifting from geopolitical to Geo economic, from ideological to more interest based; and Pakistan ought to does it so.

Again, it is a choice; and a choice must be for economy, security and strategic value. One thing must be realized: what Arabs do is not about that they are Strong, but they are weak and insecure. Pakistan shan’t think so. Nevertheless, preparation need to be done either to change the narrative against Israel and to make it more rational and logical; or to arrange for alternative resources of remittances and jobs opportunities for Pakistani diaspora in the Gulf.. Moreover, if Pakistan has replaced the US as strategic ally with China, it can replace KSA and UAE with Turkey and Iran.. Though it doesn’t seem a good choice.
So another foreign policy challange after Kashmir rift stage, FATF, Taliban Peace deal and US withdrawl from Afghanistan.. Where it will go?

The writer is graduate in Law and Political Science graduate. He can be reached at [email protected]