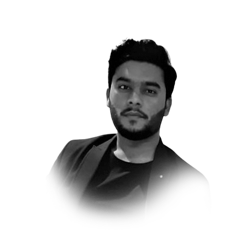 Malcolm X has rightly said, “Education is the passport to the future, for tomorrow belongs to those who prepare for it today.” The quotation perfectly signifies the significance of education for a nation. There is no doubt that education is the tool for the development of a nation. It aids in escaping the miseries of national life by building the highest character of its people. Social, political, and economic development is impossible without a uniform and skill-based education system. Keeping this in the mind, the government of PTI has announced a uniform curriculum system known as Single National Curriculum. The objectives of SNC as per the government’s expectations are to provide fair and equal opportunity to receive high-quality education to every child of Pakistan; to provide equal opportunity for upward social mobility: to end the prevailing class-based division; and to promote national integration. Although, the SNC is a very noble project of the current government. However, owing to budgetary constraints or political will but the government has ignored the actual issues regarding education. The rulers have chosen the cheapest possible option as SNC, and that is too flawed in its very existence.

Single National Curriculum aims to provide high-quality education to every stratum of society irrespective of their status, caste, creed, etc. However, the content of SNC only focuses on quantity rather than the quality of the material. It is even more in quantity than previous ones. Everyone is aware of what previous faulty syllabuses did to our education, for they only created rote learners which has led to useless and unemployable youth as we know them today. When the world is focusing on new education policies like ‘Education 4.0’ to cater to the needs of intelligent industries like ‘Industry 4.0’. Pakistan is still focusing on the quantity of content. Yuval Noah Harari, in his book ’21 lessons of 21st century’ argues that Artificial Intelligence will surpass humans in learning and understanding new complex knowledge and by 2050 there will emerge a useless class of human beings because AI will replace us in every job if we do not adapt to rapidly evolving knowledge. The recent result of Intermediate in which 250+ candidate acquired 1100/1100 marks is evidence of rote learning in Pakistan. Even after getting such high grades, we do not create scientists, researchers, noble laureates, or good policymakers. The reason is evident, the rotten formula of Pakistani policy makers which continues to create rote learners rather than creative and critical minds.

Moreover, Single National Curriculum will produce theologians and fundamentalists rather than researchers and scientists. There is a great deal of focus this time on Islamic education. It is of no doubt that Islamic education is necessary for a nation whose ideology and existence is based upon Islamic principles. However, the hefty amount of Islamic content seems more like a political tool for the socialization of children rather than an actual learning tool. The high amount of Islamic content along with the induction of 5000 clergy in schools pose a great threat to the democratic and liberal norms of the country. This situation, firstly, will create theologians. Secondly, can ingest fundamentalism and sectarianism which will lead to terrorism, extremism, lack of women rights etc. Pakistan has already faced the grave consequences of Zia’s Islamization; it cannot afford another one.

Further, Single National Curriculum give little or no choice to minorities of this country which are the equal citizens of Pakistan. SNC has made Islamic education compulsory upon every child, be it a Muslim or a non-Muslim. The framers of SNC did not consider the basic right of minorities to get religious education of their own religion as enshrined in the constitution of Pakistan, 1973. When the question regarding such act asked by a journalist from Muraad Raas, a member of PTI, he replied, “they can go outside of class when the subject is being taught”. This is the level of ignorance of our policy makers and legislators, they do not even understand that they are ignoring the basic rights of the equal citizenry of this country. The SNC violates the basic right of minorities. Therefore, it is a great question on its validity according to the law.

Not only that, but the new curricula also threaten inter-provincial harmony. The government is aiming to introduce SNC throughout the country. It has already asked provinces to implement it. Punjab has started, in the meantime, other provinces will too. However, the Sindh government has rejected the “orders” of the PTI government. According to the 18th amendment, education is the subject of the province, only it has the right to legislate regarding provincial subjects. The federal cannot intervene in the provincial legislative list. SNC is unconstitutional because it violates the 18th amendment of the constitution of Pakistan. The relations of center provinces are already under hot waters, if such moves are to be implemented forcefully, this country which is already divided into sects, political parties, religion, ethnicity etc. will face more divisions, which is a situation beneficial for our arch-enemies.

Finally, SNC will not eradicate and dissolve the prevailing class-based divisions as being promised by policymakers. According to the proponents of SNC, the educational apartheid that exists today in Pakistan-which has divided education into private sector, public sector, and madrassah system-is the main reason of prevailing class-based divisions. However, this argument is baseless. According to Karl Marx, economic conditions or the modes of production are the basis of class system in a society. Therefore, the approach towards resolving the class-based divisions is flawed and government needs to create economic equality by providing everyone same economic opportunities and for that merit should be given a role.

In a nutshell, SNC, although, looks like a noble project proposed and being implemented by the current government; however, if one looks deep into it, it is nothing but an escape and medium of ignoring the actual problems pertaining to the education system in Pakistan. SNC seems more of a political tool rather than a solution to problems of education in Pakistan. It will not create creative humans rather will further the destruction of this education system and social fabric of society. Moreover, it is will also fail to strengthen national integration rather than would do otherwise. It is high time that the government and policymakers of this country focus on the prevailing dilemma of education in Pakistan. Unless resolved, Pakistan’s economic, social, and political development seems utopic.

The writer is a business graduate from Quaid-I-Azam University, Islamabad. He can be reached at [email protected]