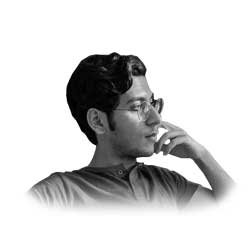 Well-known YouTube vlogger Umer Khan, who goes by the handle of Ukhano, was recently charged with having committed harassment and sexual assault. This charge was forwarded by streams of call-outs by women on social media. Multiple women from the modeling industry have come out in support of these allegations such as Zara Peerzada and Eman Suleman. The vlogger has since released two videos detailing his thoughts on the allegations regarding online harassment. He claims they were cases of consensual flirting and screenshots had been blown out of proportion to target him. Regardless of the truth of this statement, there were no responses he provided to the allegations of sexual assault against him. A response was particularly pertinent for the case at the fore-front of this call-out by former NCA-students and batch-mates that had accused him of sexual misconduct but unfortunately none was provided.

Ukhano is not the first in the recent wave of social media call-outs. Celebrities like Mohsin Abbas Haider have similarly also been targeted. It should be noted that there are large differences in the charges both celebrities have been accused of. Mohsin had been charged with domestic violence unlike Ukhano. However, what is similar amongst these two celebrities is that in their response to allegations against them they’ve been incessant in asking the accusers to go through legal channels to prove their cases.

While it is true that some legislation in Pakistan on sexual harassment and assault is commendable such as Section 509 of the Pakistan Penal Code, 1860 which says” If any person demands sexual favor or uses verbal or non-verbal communication or physical conduct of a sexual nature to annoy, insult, intimidate or threaten the female at the workplace, with the intent of unreasonably interfering with work performance is liable to be punished with imprisonment for three years or with fine or with both.”

This ‘request’ by the accused seems to be tone-deaf to the nature of laws and law enforcement in Pakistan regarding sexual assault and misconduct. In the past many victims of sexual assault even when it has been reported have had to face undue hurdles in getting justice. This was true for the case of Farishta where the father of Farishta, a child that had been raped and murder, reported that the police had delayed investigating the case. DIG Waqaruddin Syed called it a ‘blind case’ as the police didn’t have a lot of evidence. “A lot of evidence was wasted because the body was found so late,” he said. “We couldn’t use the DNA samples and there was no CCTV footage either.” Incidents such as these have made some victims skeptical of the legal system as a means of getting justice.Moreover, the legal system often has a hefty burden of proof on the victim in proving the abuser has committed a crime. This becomes difficult to meet in the case of sexual assault as most of it happens behind closed doors.

In light of this context, social media has emerged as a means for victims to express their emotions and attempt to get some redress. Social media can allow victims to warn future acquaintances of the abuser about their predatory nature. This can prevent at least a handful of future assault attempts as acquaintances that approach the abuser in isolated environments do so with hesitation. Secondly, social media provides a platform for cathartic release for victims even if nothing else is achieved. This is incredibly significant as sometimes there is little that can be proven by the victim in courts due to the isolated nature of assault and harassment. These victims can assemble a support system on social media and re-gain some sort of control over their stories of assault and harassment.

It would be untrue to say that social media is wholly an efficient mechanism for victims to fight against their perpetrators. Often it is possible to manipulate screenshots, rally up personal acquaintances and defame other individuals with little consequence. It is also true that in the court of social media there is little examination of facts of a case as many of them remain either undisclosed or cannot be disclosed as evidence is lacking. There are also problems for victims when they come out on social media. Even famous and powerful women like MeeshaShafi have had to face the brunt of a disgusting social backlash after her accusation on Ali Zafar. Social media often consists of individuals that do not believe in victims or believe that the victims themselves have caused the harms they claim have been done against them. A research by Media Matters regarding perceptions of females on the internet found that only 37.9% of the respondents believed that men that had perpetrated the crime were responsible for it. The same research also found that a majority of men feel that women exaggerated their accounts of harassment. However this has to be traded-off against the backlash sexual assault victims are exposed to by law enforcement agencies. In these they have to face interrogations in excruciating and sometimes unnecessary details with some women having had gone through invasive procedures to prove their case, with little to no chances of success in court. Furthermore, even if it is to be believed that courts are an effective means to redress for these victims, social media provides a platform for more victims to join hands and be able to file collectively against the abuser. This means victims can gather support financially and through witnesses that allow the facts of the case to be made clearer in court. Hence it is a stepping stone towards integrating into the justice system.

In an environment as toxic as our current law enforcement, social media presents itself as an unfortunate but necessary means of redress for the victim. The harm to possible harassers has to be traded off against the harm to possible victims while due diligence is obviously still suggested.

The writer is a student of Westminster Academy Islamabad, he can be contacted via facebook/shaukat.mustafa01