Islamabad: Tobacco industry isn’t only damaging our economy but also endangering lives of our future generations, there is a dire need that all the stakeholders including civil society and government should work to protect children and our youth including women, this was the crux of a session titled “knowledge & fact sharing session regarding harms of tobacco on health” organized by Society for the Protection of the Rights of the Child (SPARC) on Wednesday, August 28, 2019 at local hotel in Islamabad.

Speakers demanded that the government of Pakistan must take steps for the effective implementation of the “Prohibition of Smoking and Protection of Non-smokers Health Ordinance, 2002”, which include measures to stop people from smoking on public Places, ban on access to tobacco products near educational institutes and restriction on sales of cigarettes to those who are under 18 years old.”

Sajjad Ahmad Cheema, Executive Director, SPARC said that tobacco is the largest silent killer in Pakistan as above 160,000 people die every year, that means 438 people die every day due to tobacco use. The children of Pakistan are being targeted by the tobacco industry so that “replacement smokers” could be recruited. Around 1200 Pakistani children between ages of 6-15 years start smoking every day.

Ms. Sophia Mansoori from Campaign for Tobacco Free Kids, Pakistan office, said that tobacco is the only legally available consumer product that kills people when it is used entirely as intended. The tobacco industry aggressively markets to youth and women to tap this potential new market. He further shared that Moreover, 5,000 Pakistanis were being admitted to the hospitals every day because of the diseases caused by tobacco use, 55% of Pakistani households have at least one smoker.

Mr. Muhammad Javed, Project Manager, Tobacco Control Cell said that in Pakistan lung and mouth cancer has a higher prevalence as compared to other forms of cancer and both of these are etiologically linked with tobacco use because tobacco smoke is a mixture of gas and particles that contain over 6000 chemicals, 70 of which are known to cause cancer.

Ch. Sana Ullah Ghuman, General Secretary, Pakistan Heart Association (PANAH), said that tobacco use is the second leading cause of cardiovascular diseases (CVD) and contributes to approximately 12 per cent of all heart disease deaths. At least 12 Pakistanis die every hour due to heart attack and the main reason behind it is excessive smoking among country’s youth and that is why people are developing heart disease in their early 40s.

Mr. Zahid Shafiq, Program Manager, Human Development Foundation (HDF) said that we can improve public health as well as save money for the country if we control the tobacco epidemic effectively by implementing tobacco control laws. 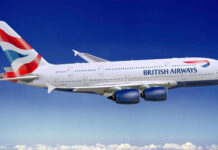 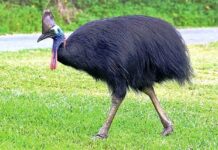 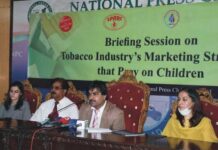 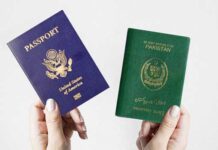