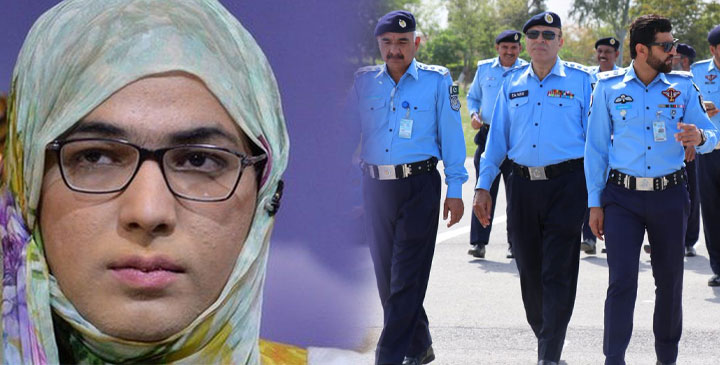 ISLAMABAD: Islamabad Capital Territory police – ICT announced more than sixteen hundred posts in the department and also explicitly asked transgenders to apply. The move was welcomed by the trans community of Pakistan who is already enraged about the backlash by religious parties on the recently presented Transgender Persons (Protection of Rights) (Amendment) Bill, 2022 in the senate after being passed by the National Assembly of Pakistan.

The recently published advertisement by the ICT Police clearly said “Transgender person can apply as per his or her self-perceived gender identity in accordance with the provisions of Transgender Persons (Protection of Rights) Act, 2018 and gender mentioned in CNIC”. In addition to the minorities and women quota from Punjab, Sindh, KPK, and Baluchistan, ICT is also seeking applications from Azad Jammu & Kashmir and Gilgit Baltistan for 1668 posts of grade BS 07.

Talking to The Dayspring Nayyab Ali – A trans rights activist said that my community is delighted to see this inclusive advertisement to provide equal employment opportunities.

The recently decreed Transgender Persons (Protection of Rights) Act by the National Assembly was enacted four years ago in 2018. The law allows transgender persons equal rights to education, basic health facilities, writing their transgender identity on their identity cards and passports, besides the right to vote and contest elections.

The law was made after the Supreme Court held on Sept 25, 2012, that eunuchs were entitled to all the rights guaranteed by the Constitution and enjoyed by other members of society.

Some religiopolitical parties, however, have since been of the opinion that the law gives legal protection to homosexuality. Senator Mushtaq Ahmad Khan of the Jamaat-i-Islami (JI) recently became a party to a case assailing the law in the Federal Shariat Court, while Maulana Fazlur Rahman of the Jamiat Ulema-i-Islam (Fazl), a key ally of the federal government, has termed the law as “against the teachings of Islam”.

Transgender activists are of the view that the parties objecting to the Act four years after it was passed are planning to make the issue part of their campaigns for the upcoming general elections in 2023.