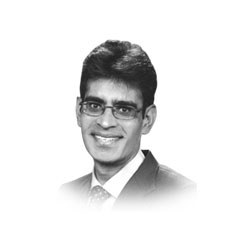 Islamophobia has emerged from the countries that claim to be one of the most civilized, democratic and socio-religiously pluralistic societies globally. It is not merely a phobia about Islam or Muslims; instead, it is a state of mind, hatred and reaction to the emerging popularity of Islam. Commonly known and defined by Dhaya Ramarajan and Marcella Runell “Islamophobia is defined as having an irrational fear of or prejudice toward Muslim people or people who may appear to be Muslim.”

Undoubtedly, education has served as the most powerful tool to address such issues through understanding, awareness, and debates on how the curriculum, teachers, teaching methods, and interreligious harmony can help counter anti-humanistic thinking and activities.

Interestingly, the reaction against Islamophobia also emerged from these countries. In December 2020, the graduate students from Teachers College, Columbia University, discussed their concerns about the phenomenon regarding their course on Islam, Education, and Radicalization. The students presented research studies in this area and emphasized that how education can counter Islamophobia. They also discussed “how education can serve as a facilitator for social cohesion, capable of addressing the unique challenges that marginalization, exclusion, discrimination, racism, and radicalization pose for at-risk youth.”

In Pakistan, most recently, the issue was addressed vigorously through a panel discussion of renowned educationists and scholars who raised their voice against this phenomenon and presented scholarly arguments to create understanding and countering it through education. Undoubtedly, education has served as the most powerful tool to address such issues through understanding, awareness and debates on how the curriculum, teachers, teaching methods, and interreligious harmony can help counter anti-humanistic thinking and activities.

This panel discussion was initiated and organized by an emerging university of the country – the University of Okara (UO). Most of the vice-chancellors working in universities of Punjab participated in this panel discussion. The UO’s Vice-Chancellor, Prof. Dr. Muhammad Zakria Zakar, led the event with a powerful narrative that Islamophobia has a become global political matter and is caused by the collapse of “democratic norms and principles of equality”.

The question is how this movement of educating youth and other citizens of the world communities can help them to counter Islamophobia, and how such a program should be organized to create a logical understanding of the phenomenon. We should focus on the Muslim community living in such countries where Islamophobia is increasing day by day. On the other hand, we should plan internationally to create awareness and understanding through dialogues, seminars, and sharing results from the most recent research in the field.

The ambassadors, consulates, foreign spokespersons, religious leaders, scholars, and journalists living abroad should come forward to hold talks and promote a culture of negotiation for understanding Islam in its true perspective as a social, religious, economic, and ethical movement to uplift human beings and establish respect, dignitary and equality for them irrespective of their sect, religion, region, and creed.

I have witnessed such activities by Muslims and the student unions in European counties while doing my doctorate at the University of Vienna. I attended such a rally that moved through the corridors of the historic old building of the university in 2017. The participants were helping the students by creating awareness that “we believe it’s time to fight back. If you experience a racist incident, then please report it to the anti-racism office of the Austrian students union.”

Dhaya Ramarajan and Marcella Runell concluded in their research that educational programs should be designed and implemented to encourage a positive culture through creating interreligious understanding helping students, teachers and institutions to become more familiar with Islam and, as a result, decrease the possibility for Islamophobia.

The results of the panel discussion hosted by the Univesity of Okara may be shared among the scholarly communities of the country to help the educationists and institutions make a plan of action, strategies and educational programs to decrease the potential for Islamophobia worldwide.

The writer is Incharge/Head of the Department of Educational Studies at the Faculty of Education, University of Okara. He can be reached at: [email protected]