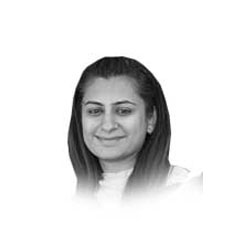 The recent assassination of Iranian Quds Force Commander Maj. Gen. Qasem Soleimani and Iran’s reaction with missile strikes on Iraqi bases housing US troops, not only exacerbate US-Iran tensions but it can also have a far-reaching and cataclysmic impact on the regional and global security architecture. Following the strike back vow of a spokesman of the Iranian Armed Forces, Brig. Gen. Abolfazl Shekarchi to avenge slain IRGC’s Quds Force General, the Middle Eastern security dynamics take new contours. He said that Iran will patiently set up a plan “to respond to this terrorist act in a crushing and powerful manner.” The strategists, analysts and former U.S officials prudently forecasted that relatively novice Iran in conventional theatre will mainly opt for Cyber Theater and will relay on a variety of potential cyberattacks, more possibly in association with traditional forms of lethal actions within the digital arsenal of a nation.

Iranian cyber capabilities have already grown miraculously during the last decade and are known loud and clear as the world’s most aggressive and disruptive. Their capabilities entail but not limited to damage banking systems, hacking oil companies, taking control of dams, and making possible of crippling any critical infrastructure. As predicated, Iranian hackers have infiltrated the website of a small US government agency called the Federal Depository Library Program (FDLP) on 05 Jan. As a signature, the hackers replaced the homepage with a post “Iranian Hackers” and a photoshopped image depicting Iran’s leader Ayatollah Ali Khamenei, the Iranian flag, and a bloodied image of the US President Donald Trump, getting punched in the mouth by an Iranian military official.

In the light of past Iranian cyber warfare operations, it can be safely said that the cyber domain will remain prepotent theatre for asymmetrical Iranian operations in the face of mighty America. The experts expect Iran to come up in any way; data deletion similar to Las Vegas Sands casino in 2014 or wiper attacks, Iran seems to leave no stone unturned to amply the newly heralded security contours of the Middle East. Besides, Tehran backed hackers can also penetrate and damage critical infrastructure and hit an industrial control system or they could target sensitive political or diplomatic targets in U.S and its allies abroad. Executing information operations and cyber espionage to conduct military operations cannot be overruled.

Experts have already noticed suspicious, early signs of accounts pivoting to push messages sympathetic to the Iranian government. Some potentially suspect accounts on Instagram, for example, started tagging the White House in images featuring flag-draped coffins, according to the Atlantic Council’s Digital Forensic Research Lab. On messaging apps, dueling narratives were already taking shape, according to the researcher at the Oxford Internet Institute who was monitoring about 100,000 Persian language channels on Telegram. Using regime-supporting channels, such as ‘Young soldiers of the soft war’, users were spreading images of Soleimani’s body and portraying the United States as ‘an evil force which just committed an act of terrorism’.

Iran’s digital capabilities have been enhanced glaringly after the attack on its nuclear centrifuges by the joint operation ‘Stuxnet’ by Israel and US. Stuxnet served as the watershed event which spurred Iran to make its cyber capability a priority. A state obsesses with regime survival and to safeguard Shia revolution, Stuxnet was a wakeup call that identified grave loopholes in its security apparatus. It was taken seriously and served as a forcing function needed to expand and formalize its cyberspace capabilities.

Keeping in view the current global tempestuous geopolitical environment, one wonders that Iran is planning to do more than just stealing data and money; a diligently orchestrated move in cyberspace as part of broader retaliation campaign to drive American forces out of Iraq and enlist proxies and allies to haunt U.S interests globally. It is still difficult to predict what would be an Iranian offensive action in cyberspace knowing the dynamic nature of cyber arsenals. But Iran’s silence since the General’s killing, speculates for something unique and non-traditional. Iran may unveil any new concept of cyber operations unknown to the world or a new capability that has not been demonstrated earlier can also be shown. In this frame of reference, using cyberwar as force-multiplier and initiating cyber apocalypse in reprisal to the USA is paramount to believe now. 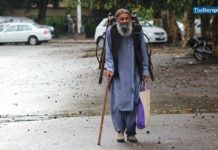 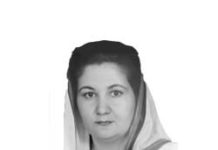