BALI: Youth Discusses the Role of New Media for Disaster and Climate Resilience 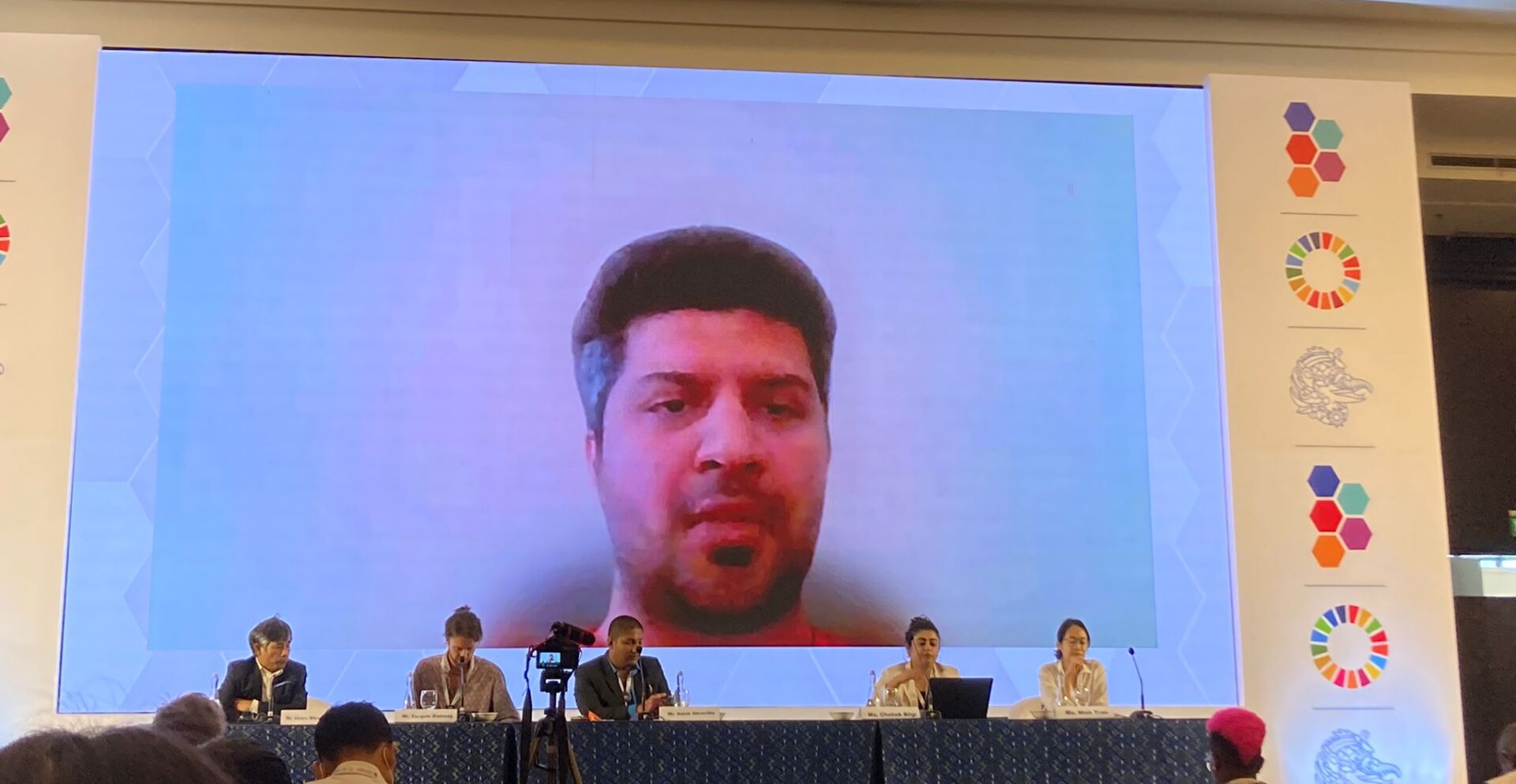 BALI (NEWS DESK): Understanding the evolution of media around the globe and with the advent of new media, AsiaTV with the Sendai Stakeholders Group for Children and Youth co-organized a hybrid side event on the sidelines of the Global Platform for Disaster Risk Reduction in Bali, Indonesia. Co-moderated by Regine Guevara and Anish Shretha, this youth media partnership circled around the roles of Web 1.0 to Web 4.0 in advancing local and indigenous-driven knowledge on the Sustainable Development Goals, particularly in the nexus of DRR.

Presenters included Blanca Pictures, producer of the new cartoon animation Ginji, which is a story of a young horse’s journey to save the world, from the risks of environmental degradation. This was followed by AsiaTV NFT mentor Aildrene Tan, who explored the future of Non Fungible Tokens (NFTs) and Decentralized Autonomous Organizations (DAOs) in crowdsourcing disaster monitoring information online. Finally, Arlene Tan, of Global South Radio reminded the stakeholders of the importance of diversity and inclusion inter-regionally, which has been a challenge not only of the past but even future forms of media.

One of the funders of the youth forum, the Stockholm Environment Institute, was also a key participant in the discussion of how new media can be supported in order to truly become a powerful and revolutionary instrument in SDG decision-making. Furthermore, youth interventions from the Major Group for Children and Youth were led by Fsahat Ul Hassan of the youth-led Pakistani Newspaper: The Dayspring, who echoed the need for multi-stakeholder partnerships to transform youth volunteerism into sustainable social enterprises. In addition, AfricaTV Board Member Mohamed Edabbar, reiterated the importance of using lenses on digital security and digital literacy, so as not to exacerbate inequalities even at the digital levels.

The session discussed and evaluated the various media’s involvement in disaster risk management and climate action at the global, regional, national, and local levels. With media becoming more and more people-driven, whilst returning power to marginalized groups and creating safe spaces for people to claim their voices free of bias, it is still an underrated resource when it comes to the planetary goals of the SDGs. Stakeholders, from UNDRR to youth NGOs, and media companies, are collectively committed to exploring innovative partnerships in this sector.