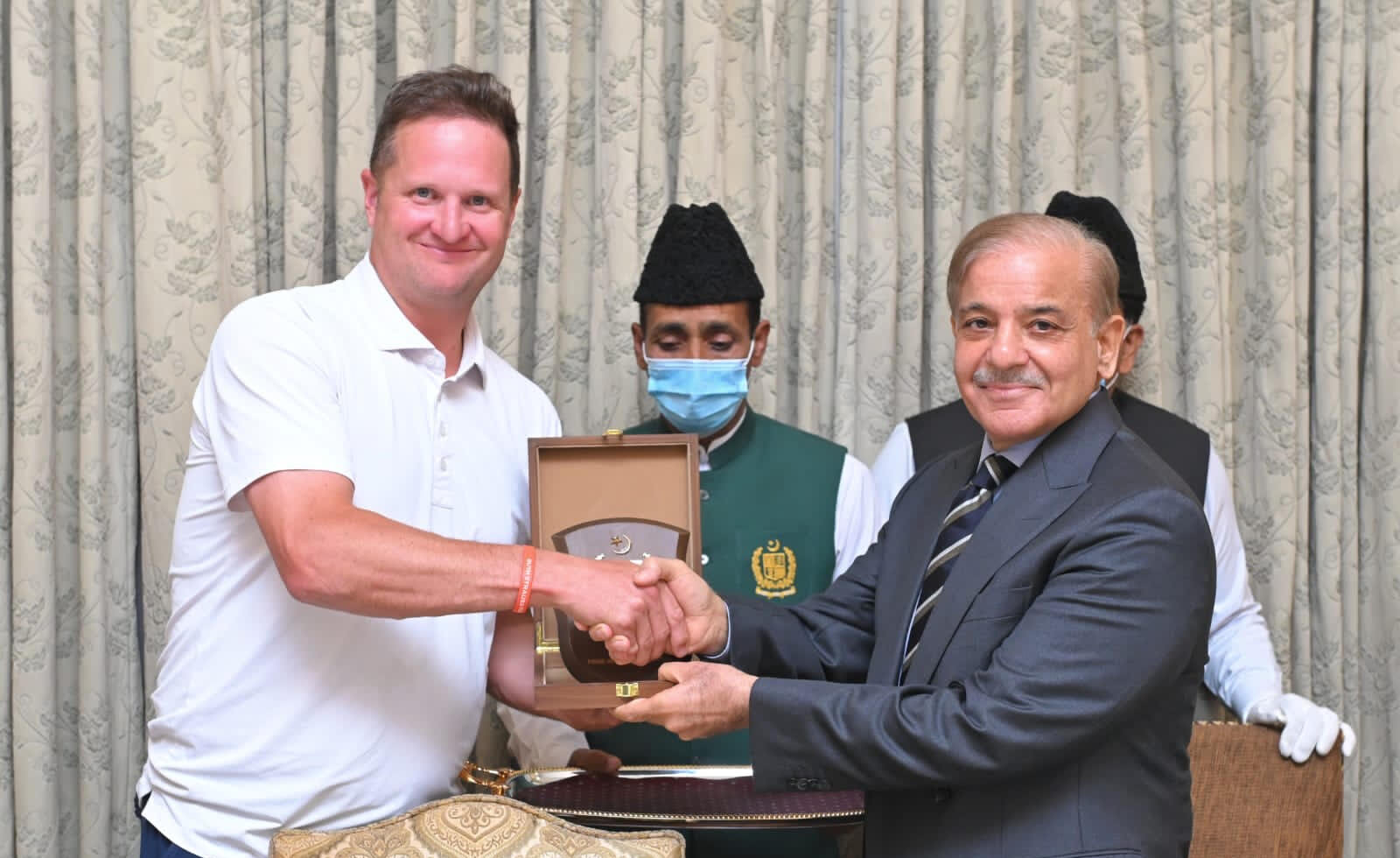 After England beat Pakistan in the first Test of three-match series, both teams were called upon at PM house for dinner.

Pakistan Cricket Board (PCB) chief Ramiz Raja alongside England and Wales Cricket Board (ECB)’s Managing Director Rob Key and team players was present on the occasion.

During his address, PM Shahbaz congratulated the England team for their victory and thanked them to tour of Pakistan.

“Congratulations! England played very well in this Test match and they deserve this victory,” he said.

“I believe in this Pakistan team. I am confident that my team will bounce back in Multan,” he added.