The criminal justice system is a set of rules which are applied in every society to prevent misconduct by the people of such society, as well as the rights of the members of the society also being protected. As we all know, the police is a primary intervention or to investigate and to interrogate accused persons and their vehicles. The criminal justice system provides basic rights to the accused. Every accused has the right to have a legal representative and a solicitor to protect their rights. When the person is accused of committing some sort of crime, the police may take him to the police station but the accused have his rights in the police station and in dealing with police. After the charge sheet is handed over to the accused, he becomes the accused against the state with securing and being protected by some fundamental rights like basic human rights and the right to have a fair trial.

IMPORTANCE OF LEGAL REPRESENTATIVES FOR ACCUSED

The criminal justice system has the power to truncate the liberty of a person who commits a crime or offense. The conviction of a person of being a criminal is something that changes the shape of life. However, in this particular aspect, one of the offenders needs proper legal advice to prevent the conviction of a crime. The municipal and international laws recognize that the right counsel is critical toward the principle of equal justice under the law.

Some critical and most important needs to have a legal representative and right legal counsel are mentioned below:

Legal representation is often the only hope for accused who are facing criminal prosecutions to secure their basic right to a fair trial.

The person himself cannot pursue and understand the complexities of the legal terms.

It is essential to have a lawyer by your side because they are in a unique position to help the accused who claim not guilty and face the state.

A person or an accused can be of a high class who may bear the expenses to have a specialist solicitor, but the poor people who do have not sufficient means to meet the requirements of legal assistance may take advantage of schemes like some Legal- Aid Cell.

The defense attorney is responsible to protect the interest of their clients when individuals and corporations are brought in front of the court as the accused.

The accused can use the right to appeal in appeal court but the procedures are so complicated that the need of a legal representative is necessary.

The legal representative conducts the research and analysis of legal problems. 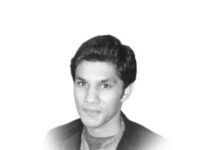 The growing problem of Islamophobia 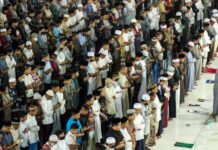 Master your time to make the most of Ramadan