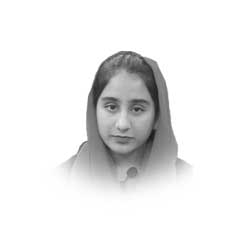 Liquid despair silently rolled down her cheeks, despite all her efforts to hold them at bay, to wipe them out and clear her vision, but in vain. Fatima stood in shade in a corner of the graveyard, and with the sinking ocher, the sun sank her spirits too.

No more with Fatima are her parents, her siblings, her home or school. Everything went away, drowned, and was long gone with the recent flooding. Responsible for her tears, her loss and her sorrow is not nature, but us. And it is not only Fatima’s life that we ruined but the lives of the innumerable young children who’ve already lost or are on the verge of losing their entire worlds, thanks to global warming.

The 8-years old Fatima lived on the bank of River Ravi, a river in the province of Punjab and her father worked in a factory. What she didn’t realize was that the thick black and toxic smoke the factory let out would one day ruin her household. The smoke added to the greenhouse effect, thus global warming, leading to glaciers melting, more water pressure in rivers and higher water levels in seas and eventually flooding that took with it everything.

Pakistan along with other developing countries is the most vulnerable to the effects of climate change and essentially ill-equipped with the resources to cope with this challenge.

Climate change and global warming cause glaciers to melt and the problem has advanced on humanity as a massive challenge. Molten glaciers flow into oceans causing an increment to their levels. Moreover, the heating earth causes the water to expand, thus the waters have risen to about an average of 7-8 inches since 1900, of which 3 inches are since 1993. This increment in the water level leads to flooding inland. Directly, it affects every individual, be it human or non-human.

In Pakistan, the melting of glaciers in the Himalayas threatens the volumetric flow rate of many of the most important rivers which affect the population drastically. Pakistan along with other developing countries is the most vulnerable to the effects of climate change and essentially ill-equipped with the resources to cope with this challenge.

Climate change has the potential to reverse significant development gains made in these countries.

According to the World Health Organization, as of the year 2030, climate change is expected to contribute to approximately 250,000 additional deaths per year, from malnutrition, malaria, diarrhoea and heat stress.

In developing countries, women and girls are disproportionately affected by the negative impacts of climate change. This deepens existing social inequalities and threatens women and girl’s health, safety, and economic well-being. Gender inequalities and development gaps increase the impacts of climate change for women, especially for those that depend on natural resources for their livelihoods.

We’re responsible because we let it all happen when we could’ve controlled it. It is too late now for mere tweets and posts. It is time to act. The entire world should assemble and take immediate steps to war with the fatal issue before the time when one nation blames the other for not acting promptly. Global warming should be controlled before the next generation looks back at its parents and labels them as the culprits for the famine, drought, floods, disasters and fires that become their fate.

The writer is a student and vlogger based in Lahore, she tweets @UswaeZainab3