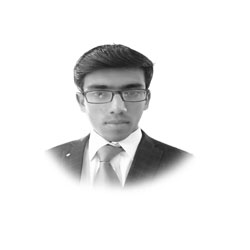 Generally, we praise our students with the hopes in our minds that this praise will encourage them to produce more desired results and it is essential for making them realize that their work is acknowledged by society. It is correct and quite understandable thinking towards praising the children, but the method and approach we use for cheering our students may not engage them in such efforts that can really polish their skills, rather this praise can discourage them. We praise their end results but do not even think and inquire about their efforts and journey towards success due to which the key aspect of promoting affirmative struggles and hard work is ignored.

A research was done on a number of students of an American institute to judge the effects of praising in two different manners on such students’ performance. A paper of ten IQ questions was handed over to all the students, most of them performed brilliantly in solving the questions. After that, they were bucked up for their performance. For the purpose of praising them, these students were categorized into two types: Ability praising students (those students who were cheered for their abilities like you are very smart and intelligent at it and you got eight right) and effort praising students (who were praised for their struggles like you really executed your hard work and effort to solve these questions).

Both groups of students were equal before they were Bucked up for their performances, but after their praise, a major difference was observed in their approach and performance. Another challenge was given to both groups of students but this time with a choice that they can attempt the new questions as well as they can refuse to solve them as it was totally up to them. The ability to praise pushed the students into a fixed mindset that they are genius students with brilliant abilities and they do not need to solve any type of questions further. These students also had one main thing in their minds that if they could not solve these questions correctly, their abilities and talent would be exposed. So they were carrying an unnecessary fear factor in their minds towards taking the new challenge of solving another question paper which shattered their confidence level. All of this was because they were pushed into a mindset that students’ abilities and their talent is everything for which they are praised and they will have respect in the future too mainly because of their capabilities, due to which they tried to protect their abilities so that they might not be insulted for not having the proper talent of sorting out such questions. Due to all such reasons, the ability praised students refused to solve any further IQ problems which affected their level of learning as they were not involved in any further practice which would more polish their skills. This is how praising wrongly lasts negative impacts on students’ performance and mindset.

On the other hand, of those students who were praised for their efforts, about 90 percent of them were willing to accept the new challenge of solving another IQ question paper so that they could get more learning out of it. The reason for this affirmative learning approach is only their mindset about such questions which was set by praising them correctly. Actually, when they were praised for their abilities, they did get a thinking approach that they just have to execute their efforts into these questions carefully and they will solve them just like they did it before. They had that thing in their minds that it’s the struggle for which someone is praised, so by toiling hard, they would be praised more, and in that all effort process, they learned more and their skills grew better than the ability praised students who restricted themselves towards further solving problems. And this betterment was clearly observed in another challenge which was compulsory to both groups of students that the performance of effort praised students was brightened further while the performance of ability praised students went even worse than their performance in the first challenge.

Now, conclusively my thinking and depiction on this whole matter highlight appealing aspect which is needed to be focused upon. If somehow, a student does not perform according to the expectations but he had toiled hard for that result, he should not be judged by his grades, rather he must not only be encouraged but also be praised for the efforts he executed to achieve the desired outcome because only this approach will boost him up to start his efforts again to reach his destination. We also need to choose the words carefully for praising our students that can highlight the value of effort. Similar thing The Quran has taught to mankind “ Only that is for man for which he toils” (Al Quran). So by praising the students for their efforts is also to make them closer to understanding this reality which has been mentioned in The Quran. It is better to use the words like my son/daughter/student you really worked hard for this and you were committed to your task, so you own this success because of your habit of burning mid-night oil. Similarly, the words like my son/daughter/student you are exceptional,smart, very intelligent, and possess extraordinary talent must be avoided that can ignore the importance of struggle. We need to change our mindset regarding our method of praising and from now we should start praising the students for their efforts. Once we adopt this habit, then ultimately it will be transformed to the next generation too.

The writer is a Student of National Defence University, Islamabad. He can be reached at [email protected]mail.com