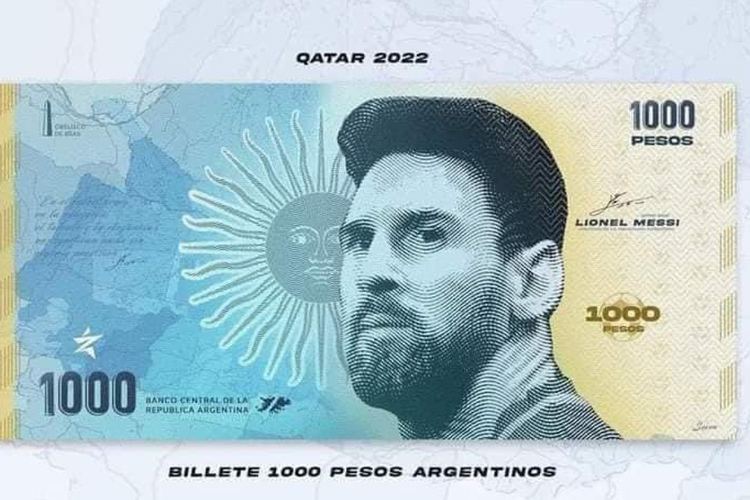 Argentine media revealed that the Central Bank of Argentina is considering a proposal to place the image of Lionel Messi, captain of the Argentina team and Paris Saint-Germain player, on the Argentine peso after winning the 2022 FIFA World Cup.

According to El Financiero, officials of the Central Bank are studying options for celebrating the historic coronation of the Tango team in the World Cup in Qatar, as happened after the winning the 1978 World Cup, where commemorative commercial coins were offered.

The news of Leo Messi on the currency notes of Argentina is going viral with most newsreports quoting the financial newspaper El Financiero. “Capturing Lionel Messi’s face on the thousand-peso bill , since it is important for officials that the figure begins with a ’10’,” reported the newspaper.

There is a report on their newspaper about the alleged plan but they say it was “jokingly proposed”. Nevertheless, it was proposed by the officials of the Central Bank of Argentina, their version of RBI.

The newspaper reports that they authorities had discussed the option before the world cup final itself.