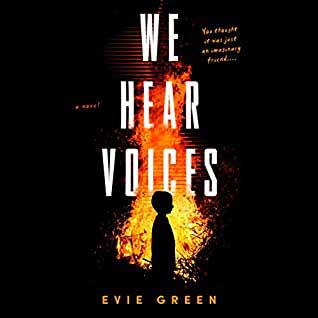 We Hear Voices is the first novel written by Evie Green concerning a 6 year old boy with a voice in his head telling him to do this he does not want to. This London born author’s 61 chapter epic is full of suspense and tension released on the tail end of 2020 on 1st December.

Billy, a survivor of the J5X virus which brought the world, and his heart, to a standstill, only to start again in her mother’s weeping arms. Rachel, a divorced mother of three living on the edge of poverty with her boyfriend Al, finally breathes a sigh of relief as her life, although hard, can normalize with her son recovering at a fast pace with a voice in his head telling him to clean, read and start walking. This coping mechanism, Delfy as Billy calls her, she believes, will disperse once he goes back to school, makes friends and does the things a 6 year old does.

It does not leave.

Billy starts being cold, direct and blunt; contrasted with fits of anger and attacking his grandmother, father; playing twisted pranks on her mother with dead spiders; watching explicit content on the internet.  All this peaks irrespective of the fact that Rachel and her ex-husband Hennery, put him into therapy, and it explodes one day with murder.

On the night Billy died and came back to life, Dr. Graham loses his wife and life partner of 40 years, Imgoen. The despair and loneliness pushes him to put unhealthy hours into work. When he stops, he hallucinates his dead wife. He breaks down and loses himself. He works to inhabitate and learn the odd phenomenon of the J5X virus in children who almost died from it, acting odd and committing horrid acts of violence, in a vast underground hospital complex only afforded only by the richest people of the world. Billy’s unique case presents itself, and Graham takes Billy in without any payment, only for him to not realize it would bring upon a solution itself, but at what cost? And more importantly, how and for how long?

Nina, Rachel’s first child with Hennery, is a 16 year old girl looking to the stars, going to space skills academy, learning about rocket science to go into a colony ship to inhabit a far away Earth like planet by use of a asteroid between Earth and Moon as a space port, finds herself between a rock and a hard place when she finds out her boyfriend Louis is the son of the richest man in London, Ben Alford, the head of Starcom who is the main benefactor of  the space program and the head of Life Line Plus, a housing scheme where he buys all the cheap hosing, pushing thousands to the streets and other like her mother to the brink of homelessness, only to offer them for free in exchange for the inhabitants to work for vouchers, tokens, food, water, and communal kitchens and television. His Stalinist views where a direct polar opposite of Nina’s philosophy. After Billy’s first murder, Nina works to clear his brother’s name by making a website called ‘We Hear Voices’ and giving her side of the story while taking feedback from people with similar experiences and her believe that the voice is a separate entity from the afflicted who is trapped with this alien voice in their head. As the book progresses, she finds long buried secrets of the Alfords, finds the nature of the virus and it’s side effects, and blow the lid off the space program.

Step into Rachel’s, Graham’s and Nina’s shoes to see this near future London with their perspectives. When I started reading We Hear Voices, I thought the author was cashing into the Covid-19 pandemic, writing insensitive interactions with dying loved ones that I would not pass happening last year, only to realize it was a huge coincidence as the first draft was in 2017. I would soon find out, although the virus plays a major role, its side effects are what are really what play stage center. Rachel’s story was the most exhaustive, her difficulty of getting her life together was depressing and some aspects repeated in many chapters, but the effect on the reader when she made head way made it worth it. The connection she had with the person who Billy murdered was very close, and made the death worsen her state of mind. I knew the murder was going to happen, the events leading up to it made it extremely tense. The buildup for the first kill was excellent and it made for one the best reads.

Graham’s story, although gave great context, was likewise depressing. Seeing him cope with his wife’s death reminded me of how people cope with death in real life. He finds pieces of her where he once never even thought they were. He saw her around every corner. When he hallucinated her, he lost time and found himself in places he did not remember going to in a disheveled condition. Eventually, he uses her presence for comfort, then for strength and finally, accepts her death, and moves on. He fights for Billy’s well being, and tries his best to save him and succeeds at last. The most interesting revelation was in his story and the twist that accompanied it was not foreseen by me. Like in Rachel’s story, you may have started guessing at the start of the relevant chapter, what may occur, but when it did occur, it shot you in the face. The twist was extremely impactful.

Nina’s story was the most interesting one. Maybe because I am also interested in space, or maybe because she being young and having more narrative threads made it more interesting. Her balancing life with his super rich boy friend and her extremely poor mother was interesting. Her willingness to throw herself into solving a problem or a cause she believed in was inspiring. Her starting We Hear Voices website, going though the trauma of her brother killing, again and again with people all over the world almost broke her, but she went on. She eventually had to make the decision between his Boyfriend Louis, whom she loved dearly, and her family. That decision, although simple enough, was a hard and heart felt one. She was the driving force of the story and who made the most critical actions in the book. She tied the three story threads and in the most interesting fasion.

We Hear Voices was a terrific read. I tried my best not to disclose any plot points, but believe me, there is a twist in the last chapter of the book, on the very last line, that is worth every boring, or repetitive part in the book. The chapters, 45 to 60 are one of the best I’ve read, and I would recommend this book to anyone reading this review. You can get it on Amazon.com or try to find a paperback.

Other than governance is significant 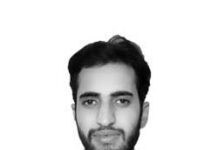 Book Review: The Power of Habits