The past few days have been tensed for the entire world. Taliban took control of Afghanistan after almost 2 decades which is one of the greatest strides to date. America who calls itself a superpower fled from Afghanistan mercilessly within no time abandoning all the Afghans behind. America, India, and Europe had lost trillions of dollars in the so-called crusade in Afghanistan.

It’s ironic how America first used the Taliban against the former superpower and then decided to overthrow the Taliban. But nothing happens unless decreed by Allah.

America has always been telling the world how concerned it is for the innocent lives yet it tried to invade Afghanistan. So, why was there a huge silence over the gross human rights violations and extra-judicial executions by CIA-funded forces in Afghanistan? The world then didn’t raise its voice to denounce but now tries to render what Taliban do in Afghanistan is inconsiderate that clearly shows the hypocrisy of western media.

In the interim, Taliban certainly stunned the world by remaining unruffled. They let foreign forces go, watching out for diplomats, giving protection to minorities. They even vow to respect women. They didn’t mistreat anyone thus far. They have also announced a general amnesty for everyone. This is what Islam is all about.

The situation of Americans and Indians was very much alike. India’s main objective was to sabotage Pakistan by using Afghan’s land and to some extent, it has succeeded. Since Ashraf Ghani who had been its marionette has run away. The majority of Indians now mourn over losing this golden opportunity. Rather than accepting their collapse, they all blamed Pakistan for supporting Taliban. Ergo what goes around comes around.

Besides, there are a few so-called liberals in Pakistan and Afghanistan who tried their luck hard to decry Pakistan. Nevertheless, all their efforts went in vain when Taliban took command after 20 long years.

I feel pity for some Netizens as they even used abusive language for Pakistan even though they had lived in Pakistan for decades. Instead of being thankful they did what they are best at. They think using abusive language validates their monkey tricks. Even the Afghan majority is not of the opinion that these people malign Pakistan unambiguously because they have been taught to hate.

There seems to be some confusion as there are countless Muslims who oppose the Islamic system. Sigh! Whatever Allah has said in the Quran we all must abide by these laws. There is no room for debate nothing further to discuss, I suppose.

West thinks Islam is the problem but I say “No”. The problem isn’t Islam. The problems are i) How religious fanatics exploit Islam to further their political ends. ii) How Western nations, including the US, have demonized Islam to justify their imperial ends. These two problems are intimately connected.

May Allah Pak have mercy on the entire Muslim Ummah and may Muslim once again rise and rule the world. Ameen!

The writer is a Freelance Columnist 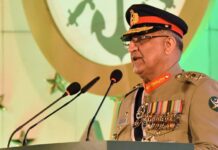 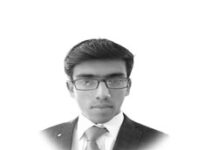