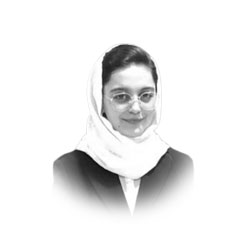 In a world of gender diversity, there is so much tolerance for everyone, unfortunately in Pakistan, there is incomparable intolerance for people who are different from us. Trans genders are one of the most inaptly marginalized communities of Pakistan, not only they’re deprived of their basic rights but also humiliated for their mere existence. They’re abandoned right after they’re born, just because of their gender. They deserve to be living a respectable life just like any other citizen of Pakistan lives, moreover, the Pakistan constitution does state the rights of transgender persons, as parliament act 2018 (protection of transgender rights states the equal representation of them in Pakistan as sole citizens.

Nevertheless, those rights are neither ensured nor implemented, and that is the loophole of our justice system. It has failed them, Injustice anywhere is injustice everywhere. Their rights are inefficiently violated, as John F Kennedy says -“The rights of every human are diminished when the rights of one human are threatened ” – Their rights are just reserved to documentation without implementation leaving them helpless and undeceive. Every individual should be an asset to their country and community, these people are also assets, but however, treated as a liability. They are scrutinized for any good reputable job in Pakistan, there is no representation of transgender in any sector of Pakistan.

There are some problematic factors backing it, first and foremost they are not given proper education, not taught any skill that can help them generate earning through reputable work, their issues are swept under the carpet. The second factor, we see them more like problems than victims of this system. Their existence is marginalized notably, when people see them on traffic signals they give alienated reaction, they are called with demeaning names and such racial slurs that indulge them into self-disgust, which leading to suicides and racial killings. they are left with substandard jobs. They are under the rubble of violence committed by people who exploit them as sex slaves. Statistically, they’re the biggest victims of gender-based violence. It confiscated decades of the interval to just recognize their gender in NIC. As it is witnessed, how after the uproar of human rights campaigns for transgender rights, there was the first transgender school built. It’s a commendable initiative but certainly not enough, it requires more.

consequently, Government needs to make gender-based employment policies, which ensures the representation of trans genders in all sectors. Pakistan ought to make facilitation centres in all areas across the country to engage all trans genders in skill development. where they can learn and earn, In addition to that, There should be governmental workshops, self development projects solely for trans genders where they can express themselves freely and voice their opinions. However, we as Pakistanis it’s our responsibility to normalize their existence and help them fight against these stereotypes of this patriarchal society, We need to become and strong advocate to liberate them from the injustices of society.

The writer is a law student and human rights activist . She can be reached at [email protected]