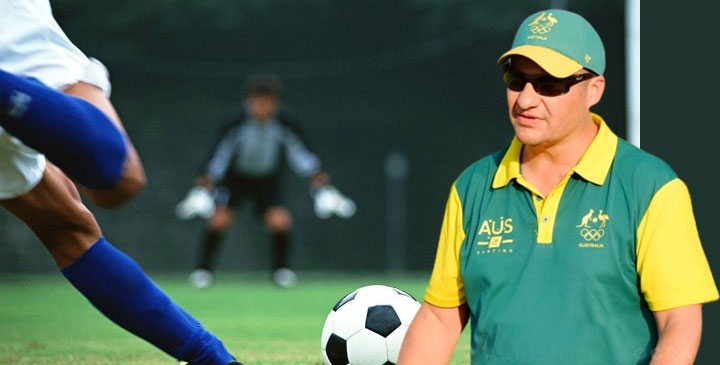 ISLAMABAD: Michael Gallus the Australian Foot League coach has arrived in Pakistan to select the team for the Asia Cup that is going to be held in Bangkok, Thailand in late October.

But unfortunately, the coach has no funds to send the squad of 50 players both men and women.

Michael has been coaching the Pakistan squad since 2017 and has a deep association with the Pakistan chapter and it is his coaching that Pakistan participated in the World Cup held in 2017.

Pakistan earlier played in the AFL World Cup held in Melbourne in 2014 and it was participated by 17 countries.

“I saw the team in the AFL World Cup they were beginners but they had a lot of potential and what amazed me was their passion for the game and the learning ability,” said Michael.

“The Pakistan coach Wasim was a friend of mine and I visited the team and lauded their hard work though they lacked certain knowledge of the game and when I was briefing the boys the AFL Pakistan chapter took my details and now I am here,” said Michael.

Michael is school teacher and level 2 AFL coach and has an in-depth knowledge of the sport which has been his passion for over two decades.
I coached both men and women’s teams, said Michael adding, “The tradition rivalry between Indian and Pakistani players I witnessed during the match and they were a lot stronger side but the boys played with unmatched passion and won the two games back to back.”

“We beat them in the pool match and then followed it with another beating for last place,” said Michael.

“I am here and as a coach I will not worry myself with the management matters what i can i see and over the years is the potential of the Pakistani team and hopeful for the next AFL World Cup in Australia in 2024.”

“AFL Pakistan Chapter is sending the 50 member men and women for the Asia Cup and sad part is that the sponsors ditch the sport at the last minute and with very limited resources we will be able to send the men’s squad,” said coach adding, “There should be a policy in which the sponsors who commit should stand behind the team and shouldn’t back out at the last minute.”

“Pakistan has confirmed its participation in the AFL Asia Cup scheduled to start from October 22 and I am keeping my fingers crossed, lets hope the stars in Pakistan team bring laurels for the country In Sha Allah,” concluded Michael.

The trials will be held in different cities for the next two week followed by one week team training before competition begins from October 22.