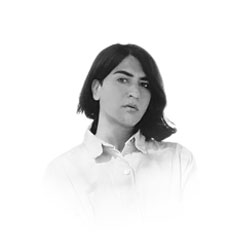 Transgender people in Pakistan often face stigma discrimination and violence just because of being transgender both from communities and the government. There is no family and social acceptance of the third gender and most of the transgender people leave their houses in early age and start living at private places or at Deras (the Urdu name of the place where trans people live collectively under the supervision of senior transgender called Guru) where they cannot continue their studies. Being a counselor I am learned how important it is to listen to the stories of transgender people and other marginalized individuals if we are to address these challenges. One important task is to create knowledge about these issues is through research. This can be done by talking to members of the community and conducting surveys. By doing this, we can better understand their experiences and the challenges they really face.

Another way to create knowledge is through activism. This involves working towards making changes at the policy level in order to improve the lives of transgender people. This can be done through organizing rallies and protests and writing letters to government officials, thereby raising awareness about the issues these communities face.

The transgender community is one of the most marginalized communities in Pakistan. They are often shunned by their families and communities at large and live on the fringes of society. They face immense discrimination and violence, both physical and mental. As a result, they often don’t have access to education, employment, healthcare, or even basic human rights. And yet, in spite of all the odds stacked up against them, many transgender people are working towards creating inclusive spaces for themselves and other members of their community.

The transgender community in Pakistan also lacks legal recognition. They are not entitled to the same rights and protections as other citizens making them vulnerable to abuse and exploitation.

There is little knowledge about the rights, needs, and experiences of transgender people in Pakistan which leads to discrimination. This is because they are often seen as being “different” or “abnormal” by society, leading to them being treated unfairly in all areas of life, including education, employment, and housing.

The transgender community is also at risk of violence. This is because they are often seen as easy targets by criminals and members of the general public. This can lead to them being physically and verbally abused, or even killed.

A number of associated challenges are also evident in the transgender community. One is that some members of the transgender community are particularly vulnerable to getting infected with HIV/AIDS due to their engagement in unprotected sex work. As a result, the rate of HIV infection among transgender people is alarmingly high because they are not economically empowered so most of them are forced to beg or ear through sex work.

The writer is a transgender rights activist working as a community counselor.