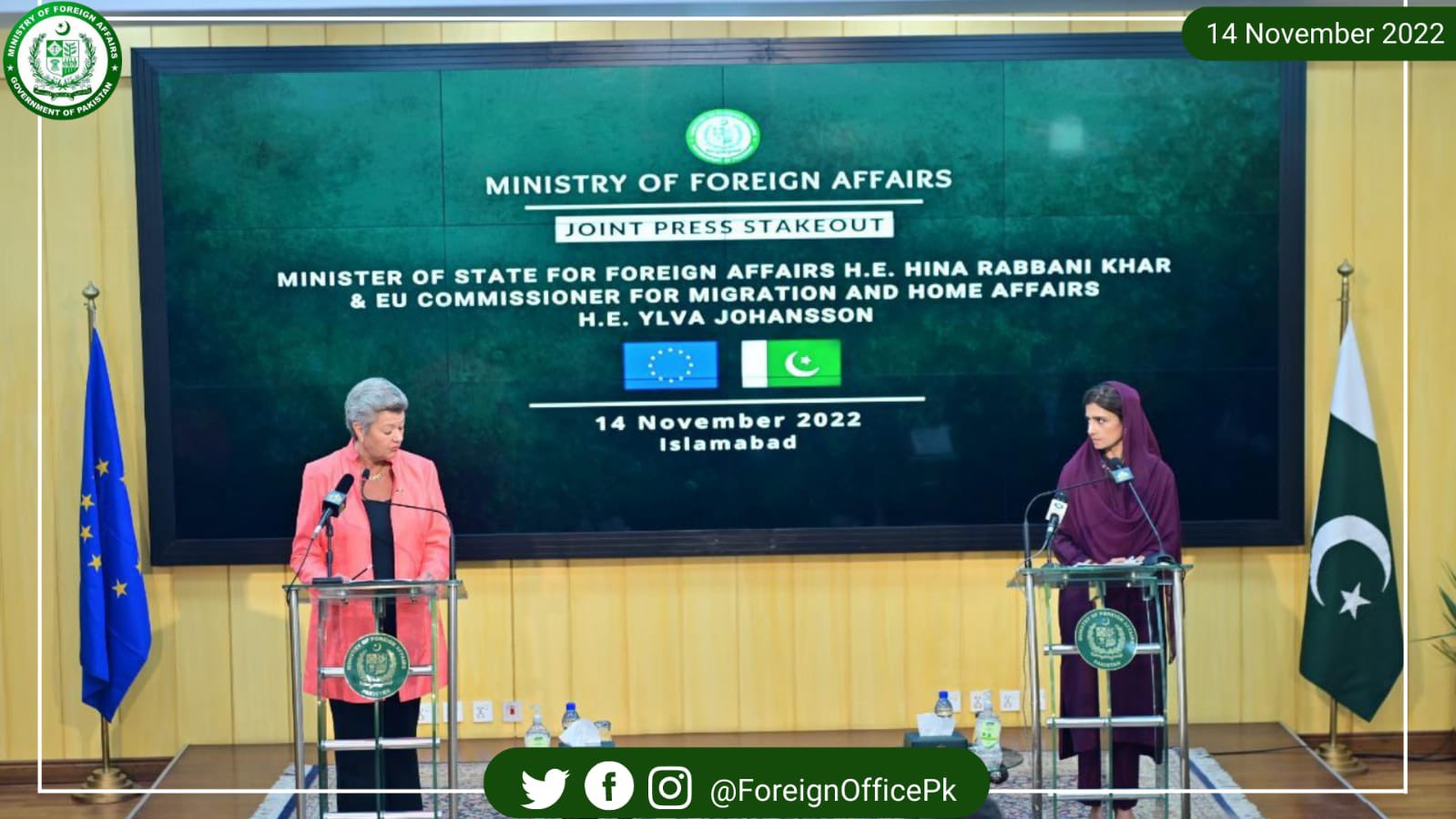 Pakistan and the European Union have decided to resume talks on matters related to anti-terrorism from next year after a lapse of five years. The officials of both sides would discuss migration and other related issues.

The minister assured the EU official that Pakistan has enough skilled labours to fill the gap that is beneficial for both EU and Pakistan.

In general, Pakistan has given importance to three aspects in its foreign relations in the last few decades. The first area being defense as the world was at war after 9/11 incident when twin towers were destroyed and Pakistan played a role of major contributor in the ‘War on Terror’. The United States happened to be the front runner in building mutual consensus on counter-terrorism objectives and often used its influence and relations with the European Union and other regional powers in combating the menace of terrorism.

The military leadership in Pakistan also played its role in strengthening defense ties with other countries besides combating terrorism. The European Union is an ally of the United States in the global war against terrorism and soldiers from many European countries are part of NATO forces.

After the American withdrawal from Afghanistan, all the countries whose troops were stationed in Afghanistan to fight against terrorism are now facing the challenge of normalizing diplomatic relations. Pakistani authorities in this hour should act wisely and diligently as there are many opportunities that could help change the fortune of the region. The second aspect of Pakistan’s foreign policy is relationship with the Muslim Ummah while the third dimension of foreign policy deals with the expansion of bilateral relation globally in different fields mainly trade.

Pakistan holds unique place in the world owing to achievements over the decades namely first Muslim country with nuclear capability, besides having the sixth largest army in the world. Pakistan has all the resources to make rapid progress but the inconsistent political and economic policies are the main stumbling blocks. Ethnically and linguistically, Pakistan has diversity and it is faced with many a challenges namely poverty, illiteracy, corruption and terrorism.

The law is evolving and countries are changing their policies with the intent to get the skilled and specialized labour.

The job market and the latest trends are being adopted globally. It is high time the policy makers in Pakistan should assess the international trends and develop the work force that meets the international criteria. A system should be in place that gives international certification and the model should be corruption free so that human resource potential mainly youth can be utilized.